Skip to Content
Home Blog A Decade in: TV Shows

Alex Dewing Leave a Comment on A Decade in: TV Shows

We don’t even want to count how many TV shows showed up on our screens in the last decade, so our writers give their opinions on their favourites instead.

The sequel series to Avatar: The Last Airbender had to live up to a children’s series phenomenon. In The Legend of Korra, the exquisite world building is extrapolated beautifully. The animation style is so difficult that the first season’s studio declined to animate the second because The Boondocks caused their animators less stress! The Avatar franchise uses beautiful colouring and animation styles that honour the incredible martial arts and fight scenes. Furthermore, the series manages to present complicated narratives and themes to a children’s audience. The whimsical magic of the four elements in the original series is transformed into a gritty steampunk world with industrial change. It owes and pays much tribute to the previous series, but the surprises and additions are fun for any viewer. The combination of new ‘bending’ techniques and the invention of new technologies are great to discover and make the audience want to return to watching their world. Although the writing is weaker at the beginning, with an awkwardly written love triangle, the latter seasons are strong in showing the spiritual and political struggle. Korra faces villains who are domestic terrorists, fascist military dictators, and her own uncle.

Created, written and directed by the Wachowskis and J. Michael Straczynski, Sense8 was ambitious, heartfelt and visually stunning. The show took place in several locations around the world, with eight protagonists with their own arcs, it had the potential to be incredibly confusing, but it never was. The protagonists are ‘sensate’ – connected by a strange power that allows them to experience what another in their ‘cluster’ feels. At its heart, the show is about this connection and love. It was the also first piece of media I ever encountered that had multiple main LGBTQ characters (in fact, all the protagonists are confirmed as queer). It’s intimate and global; it’s action-packed and melancholic. It’s a show that can be re-watched over and over and you’ll find some tiny detail that you’ve never seen before. Sense8 was always about self-expression and freedom and I wish it had lasted a little longer.

After ending this March after a five year run, Broad City has left a television void once filled by the explosively colourful female sitcom. This show brought women into stoner humour, confronting the goofy dynamic duo shtick that has long been dominated by male comedians. Abby Jacobson and Ilana Glazer stomped, skipped, tripped, and stumbled through New York City, imperfect, chaotic, and deeply relatable. I tell all my friends to watch this show and wish I could do it all over again. 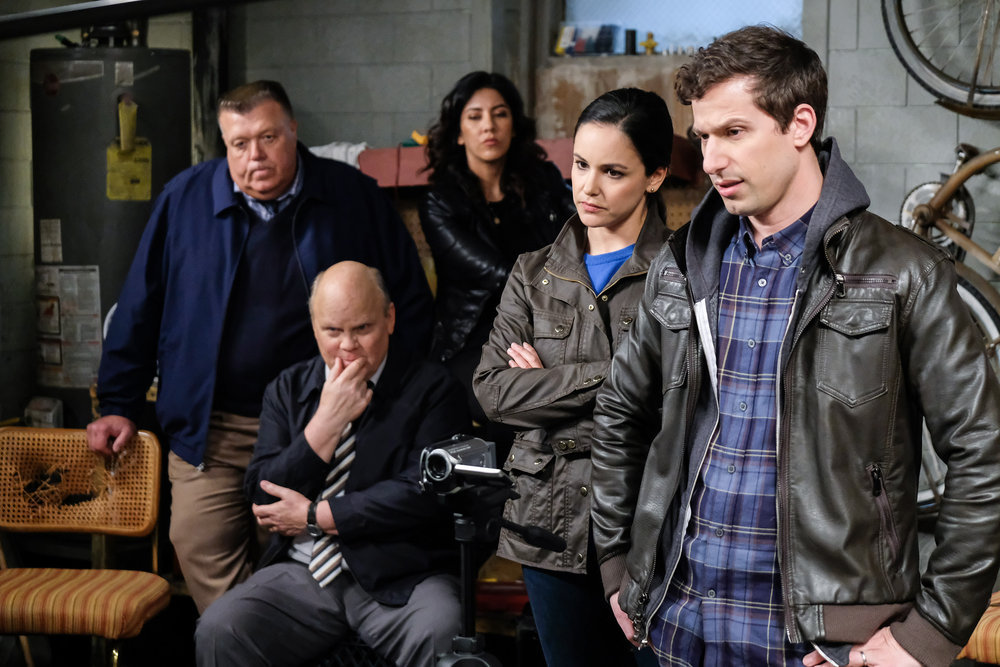 Brooklyn Nine-Nine, a show that has united the warring factions of the internet since its first release in 2013 is my TV pick of the decade. Outcries upon the announcement of its cancellation in 2018 lead the TV Big Bosses to a hasty programming retreat as they commissioned the series for another . A real testament to the show’s significance. Andy Samberg (Joanna Newsom’s husband of Lonely Island fame) stars as the beloved Jake Peralta – a hapless junior cop with a predilection for chaos whose stubborn self-righteous goodness pulls him through. The performance of Gina Peretti (Chelsea Peretti) and Detective Rosa Diaz (Stephanie Bearitz) as supporting cast also call for a special mention. Riffing off the self-serious cop shows of the noughts (Cf. The Wire) Brooklyn Nine-Nine succeeds as a sitcom with its off-beat comedy which maintains emotional sincerity and sensitivity. A feat which most comics seem to find impossible nowadays, as we see more comedy falling back on cool irony and detachment, perhaps in order to evade dealing with that tricky stuff – emotion. This rare show has also been meeting increasing viewer demands for minority-experience representation from 2011 (ahead of the general consumer shift we’ve seen this decade) without appearing overtly contrived or moralising. While we’ve seen sitcoms such as Big Bang Theory and How I Met Your Mother on the decline in favour of drama in TV this decade, Brooklyn Nine-Nine (thankfully for us) has formed and nurtured its own niche in the market. But let’s be real, however much we love the cast, they’re still massive cops.

As the year lulls to a close, my pick of the decade is predictably the cartoon about the horse with depression. BoJack Horseman (voiced by Will Arnett), the titular horseman, is a washed-up Hollywood actor who struggles to pick up his career after starring in a beloved 90’s sitcom. BoJack doesn’t work because he doesn’t have to; his old show ‘Horsin Around’ bestows him with B-minus fame and LA-mansion pools of money. BoJack comes to terms with this by acting like a sleazy asshole: he inhales gin and hits on women willing to either exploit or overlook his has-been status. The show kicks off with BoJack meeting Diane Nguyen (Alison Brie), a writer hopeful who is hired to author a tell-all on BoJack to revitalize his dying career. Diane is too good to cater solely to onanistic publicity, and her insight forces BoJack to ask himself why he can’t stop drinking, why he keeps fucking up, and why he keeps hurting the people he loves. The beauty of BoJack Horseman is that its ridiculous. Brought to life with Lisa Hanawalt’s anthropomorphic animations, most of the show’s humor is derived from the joke that half of the characters are talking animals. It works because BoJack Horseman is grounded by its impeccable writing: the show crackles with wit, snapping with meta-puns and alliterative tongue twisters. The script’s delivery is upheld by an all-star cast: Amy Sedaris glows as BoJack’s Jersey-accented feline agent, and Aaron Paul gilds as the ditzy but sweet high-school dropout chilling on BoJack’s couch. Far from simply addressing the superficiality of celebrity culture, BoJack Horseman shines a light on topical American issues like abortion, gun control, racism, and the garbage fire election crisis of 2016. The effect is rippling and expansive: as BoJack spirals, the world does too. I find this endlessly comforting: BoJack Horseman never pretends everything isn’t going to shit.

The show is now in its sixth and final season, and I already know I’m going to miss it. I’ve spent a good part of my adolescence getting lost in the lush and jam-packed world of Hollywoo, assuaging depression by stuffing cereal and BoJack’s crazy antics into my face. What strikes me is how cathartic it all is; while acknowledging that the world is a toilet bowl, BoJack Horseman never fails to be weird, funny, and hopeful. BoJack Horseman is a social critique and meditation on mental illness, but also essentially a heartfelt comedy: the series pokes fun at the vapidity of child star Sarah Lynn (Kristen Schaal) in the same breath it vivisects her tragic drug-addled past. Maybe its this schizophrenic slash multi-genre confusion that makes it so distinctly 2010s. In any case, BoJack Horseman is a relic I want to put in a locket and swing around my neck— like a baby tooth, or a middle school photograph.