Skip to Content
Home Blog A Decade in: Films

Alex Dewing Leave a Comment on A Decade in: Films

A selection of our writers take a look at the films that shaped them, and the world of film, this decade. 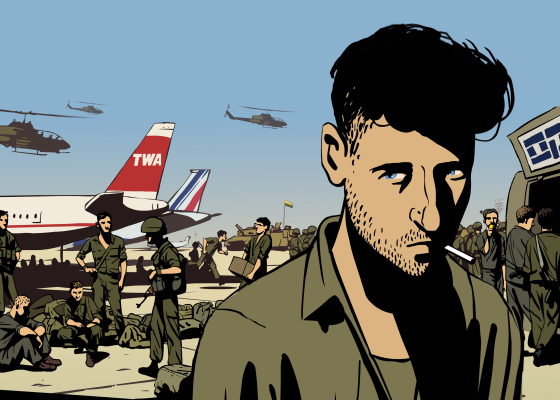 Never has an anti-war film felt as intimate and real as Waltz with Bashir, an animated autobiographical documentary about director Ari Folman’s experiences during the 1982 Lebanon War. The film has unique presentation. It is both a drama and a biography, with the director interviewing fellow veterans with the goal of recollecting his lost memories from the war. An animated documentary might strike some as odd, since documentaries are conventionally about documenting real life as accurately as possible. Yet the dreamlike presentation is purposeful; it meticulously captures the feeling of surrealism and alienation felt by young soldiers in wartime. Folman does not try to present his experiences in an objective, “news story” lens. What results is an extremely personal confession from the director.

Coupled with a haunting soundtrack by Max Richter, the film takes us through the absurdity of war, all building to one of the most shocking and disturbing finales I’ve ever seen in film. Waltz With Bashir is a prime example of cinema’s greatest strength: the ability to subjectively present a story that becomes more truthful than many other objective mediums of communication.

2010’s have been the decade of the comic book movie, in particular Marvel. The Marvel Cinematic Univerise has been the anchor in this area both in terms of popularity and arguably, quality. Avengers: Infinity War is, in my opinion, the mountaintop of the MCU. While it is debatable whether the film is the best comic book adaptation of the decade, it epitomizes the 2010s in film. The movie managed to do nearly all of its hugely popular characters justice by instead focusing primarily on the strongly crafted villain, Thanos. This meant the movie could experiment with many new ideas and offer non-stop fun for two and a half hours. It also had one of the best endings for a MCU movie, which usually suffers from similarly formulaic endings. The movie somewhat managed to satisfy almost all of its fans, which should have been an impossible task to start with, but it was also a great motion picture with strong performances, a flowing story, and fantastic visuals.

The Neon Demon is shimmering pearl of film. Nicolas Winding Refn has sifted through the silt and runoff of our culture, coalescing it into a warped, beautiful and giddying reflection of the decade.  The film follows an aspiring model, freshly orphaned, trying to make it in L.A. Elle Fanning is intoxicating, her innocence slowly souring into haughty disdain as fame drains away her humanity. Hunger haunts every frame: for fame, for survival, for youth, for beauty, for wealth. Fanning finds herself frequently isolated in frame, often in ethereal voids, her beauty centre stage throughout. We are carried along by Refn into the world of the superficial, finding ourselves yearning for the attention Fanning commands from the camera.

As we stare agape at The Neon Demon, entranced and horrified by the beautiful slow-motion death of Elle Fanning, we see ourselves and our present moment reflected back. A hall of mirrors shattering and reflecting back our million petty vices. We see Refn play out the death throws of the western cultural machine through the microcosm of the ultra-beautiful. Martinez’s sparse synths and the neon-heavy washed out set design are the bones of 80s excess, once fat on cold war clash of titans. All that’s left is the skin. Hollow excess and mouldering flesh beneath, Refn’s film is apocalyptic. One frame echoes Lynch, the next Fellini as Refn pinballs between influences, foregrounding the aesthetic above all else. Style becomes substance: The Neon Demon’s thesis is apocalyptic hedonism. All meaning has been lost, only the aesthetic remains, so we may as well relish in it. Touching on everything from abuse to the hyper-commodification of our lives to environmental havoc (the mountain lion in the motel room), the film is terrifyingly prescient. With the Epstein case coming to light the film becomes all too plausible.  Dangerous, beautiful and seductive, The Neon Demon is the quintessential film of the 2010s. A masterpiece for our end times, it presents the gaze from the abyss, daring you to stare back. 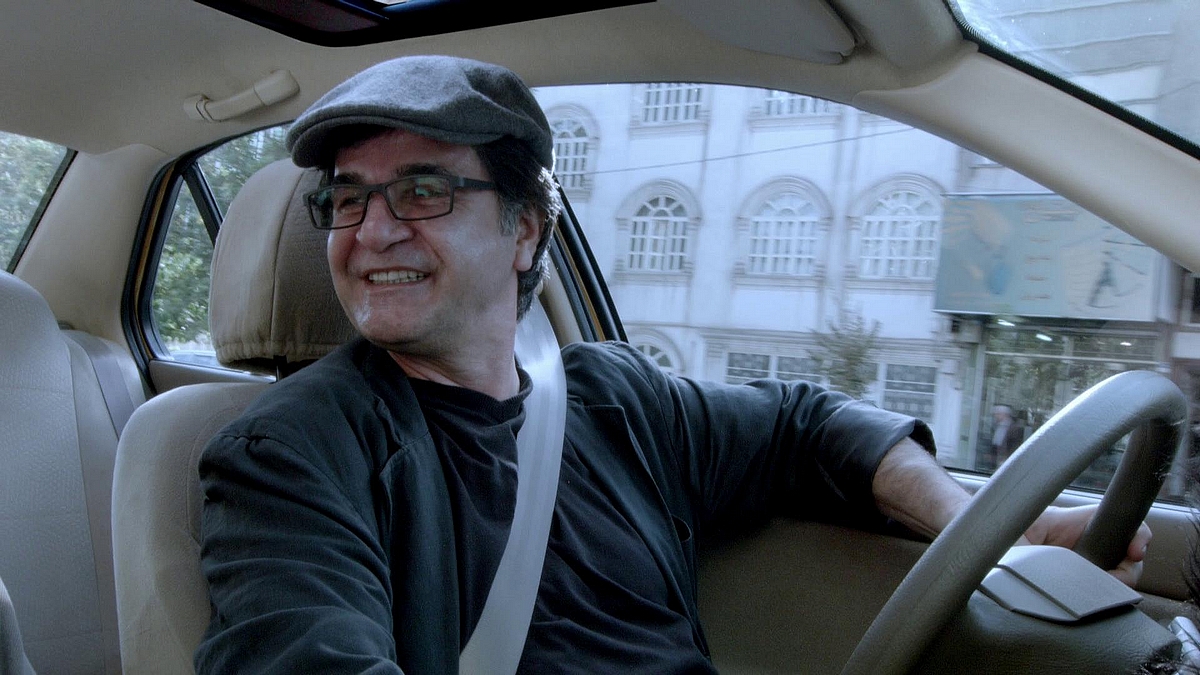 Taxi has been my favourite of Jafar Panahi’s “low-key” films since he was banned from making them for twenty years back in 2010. Mentored by Abbas Kiarostami, this film is highly reminiscent of the late director’s A Taste of Cherry and Ten, in the way it portrays modern Iran from the cockpit of a vehicle. In this docufiction in which Panahi poses as a taxi driver working in the city of Teheran, we meet a variety of different characters that hop in and out of the taxi and listen to their exchanges with their driver, which range from seemingly conventional to the most bizarre. Midway through the film, Panahi stumbles upon a bike accident, picking up an agonizing man and his wife. This ensuing scene brings to light not only the precarious situation of a lot of people in Iran, but also shows how it can push people to make morally ambiguous decisions in a way that is not only memorable, but rather harsh and is often echoed later in the film.  The use of the camera in Taxi is particularly creative; Panahi continuously plays with what the camera and audience can see, keeping certain characters and conversations off camera, while linking these with what is going on in front of the camera. This way of situating the viewer in the middle of the action might seem jarring at first, but develops surprisingly well as the film progresses. Out of Panahi’s most recent films, this one strikes me as the most creative, sharp and cinematographically interesting, and it is definitely worth a rewatch in the new decade.

Roma came to us in the final hours of this decade. Netflix, front page: a black-and-white film, in Spanish and Mixteco, telling the story of an indigenous maid named Cleo (Yalitza Aparicio) in late 60s, early 70s Mexico. To me, this was not only a monumental work of Latin-American cinema, but also a cultural moment: that such a high-profile director would return to where he came from and then choose to elevate this specific story — it’s simply unpredictable but Cuaron did it. Writing, directing, producing, and co-editing the film himself, his efforts produced an epic powerful enough to challenge his previous feature, Gravity (2013). Roma is the story of a woman, but like all good works of art it speaks to something greater. It is the story of the forgotten, disenfranchised, quiet, anonymous, working Woman, brown and indigenous. She exists, and she is so strong. Most importantly, Cuaron does not speak for her. In fact, this is a rather quiet movie, and beautifully so. Never has an indigenous person or story in film been given such intimate, syntonic treatment with such wide exposure. No one will remember Green Book but we will remember Roma.