Skip to Content
Home Blog Venice Film Festival: ‘The Other Side of the Wind’ Review

Milo Garner 2 Comments on Venice Film Festival: ‘The Other Side of the Wind’ Review

A cynic might suggest The Other Side of the Wind cannot be considered a true Orson Welles picture. After all, the man isn’t around to denigrate it, and hasn’t been for a long time. Isn’t this just a cobbling together by friends and colleagues? The long-dead resurrected, but not quite the same? But then, what Welles film is ‘true’, besides Citizen Kane? His filmography is a sort of grand tragedy, whereby a master at 25 was stifled for the remainder of his career, in one way or another. The one way could be considered as the fate of his earlier American films. These were infamously cut, recut, reshot, rewritten, debudgeted, or any other manner of studio-centred villainy. He was no doubt an abrasive fellow, but to have reels of his original negatives literally thrown into the sea – as happened in macabre twist that has forever disfigured his second feature – seems a fate no artist, no matter how insufferable, should suffer. 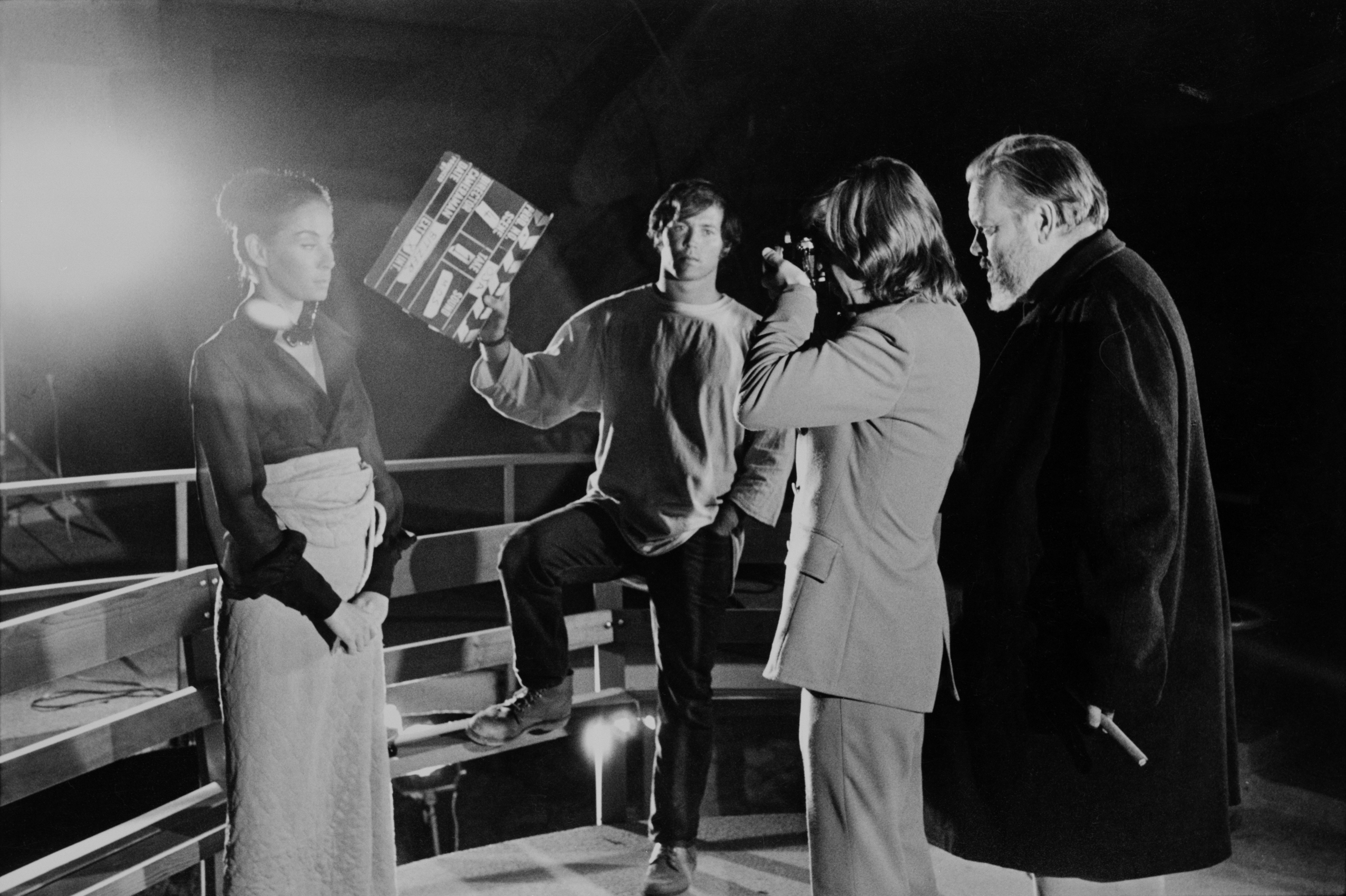 The other way is then the fate of his later films, as well as much of his freer but rougher European output: money. He rarely had it, and if he did, not enough. His early American pictures are defined by their sophistication of form. From his debut, he experimented with camera equipment and lighting, pushing the technology to its limit. There should be no doubt that the extravagant longshot that opens Touch of Evil would have been impossible after his self-imposed exile – an idea beyond his means, as I am sure he had many. As a result of this, his European pictures are often shaky, or beset by some technical issues. Chimes at Midnight serves as an example, with both the live and dubbed sound coming across as amateur and cheap, in a film that is everything but.

To describe the exact history of The Other Side of the Wind would require an essay (or a monograph), but to shorten things dramatically it was much the same affair. Welles did not have much money, and as it happened, not enough to finish editing the film after having shot it for the best part of a decade. As such, ten hours or raw footage sat largely untouched for years, various intermingling legal blocks standing between the world and a finished cut, a battle that has been fought nearly continuously since the 70s. The film we see now is not the result of archival digging, nor the equivalent of some B-sides finding their way onto a ‘lost album’ that often takes place among music’s late and great, but rather the culmination of decades of work. While it is impossible to say how different Welles’ own cut would have been, substantial efforts were made to align this version to his original vision, including cutting it to under two hours to sate Welles’ oft-stated distaste for films beyond that length.

More fascinating than its history is the film itself. Far from a late work of a legacy director playing it safe – Welles was never afforded such workable prestige – it plays as fresh experimentation. A flurry of cuts, aspect ratios, shooting styles, and genres. Narratively, it is a form of mockumentary, following aging art director Jake Hannaford (a loud and grumbling John Huston) as he screens his latest unfinished picture in an attempt to secure further funding. The sections including this fictional director are shot in a sort of faux-vérité mode. Welles imagines him followed everywhere by a host of student filmmakers armed with super 8 and 16mm cameras, literally hiding behind walls and bushes, filming his every move. They are naturally shooting in different formats, and so they will be jumped between at high speed (sometimes overlapping), crossing all the forbidden lines of moviemaking. Even F for Fake’s frenetic cutting seems tame compared to much of The Other Side, which nears overwhelming during its central party scene. A truly daring assault of shots and angles, its chaos in content made textural in form.

Yet this style stands as one of a pair. While most satirists presenting a pseudo-film for the sake of a narrative generally create something overtly comedic or at best of questionable artistic value, Welles’ film-inside-a-film is almost too beautiful to laugh at. That isn’t to say he failed in mocking the sometimes pretentious leanings of Antonioni’s sparse modernism – a mostly nude Oja Kodar traipsing around industrial architecture for extended periods of time certainly manages that – but rather that he has put such effort into making his mockery authentic that it may as well be the real thing. The cinematography is striking, with intricate lighting setups, precise compositions, and artful camera movement. A psych rock track plays on the soundtrack as Oja Kodar walks through a nightclub, different colours splashing across her face and body as she does. This is not a scene Orson Welles would ever direct; it bears nothing in common with his personal style. And yet it would also be the envy of so many who value this method of filmmaking. His joke is rendered with such care and skill that it’s hardly funny – a strange reality. 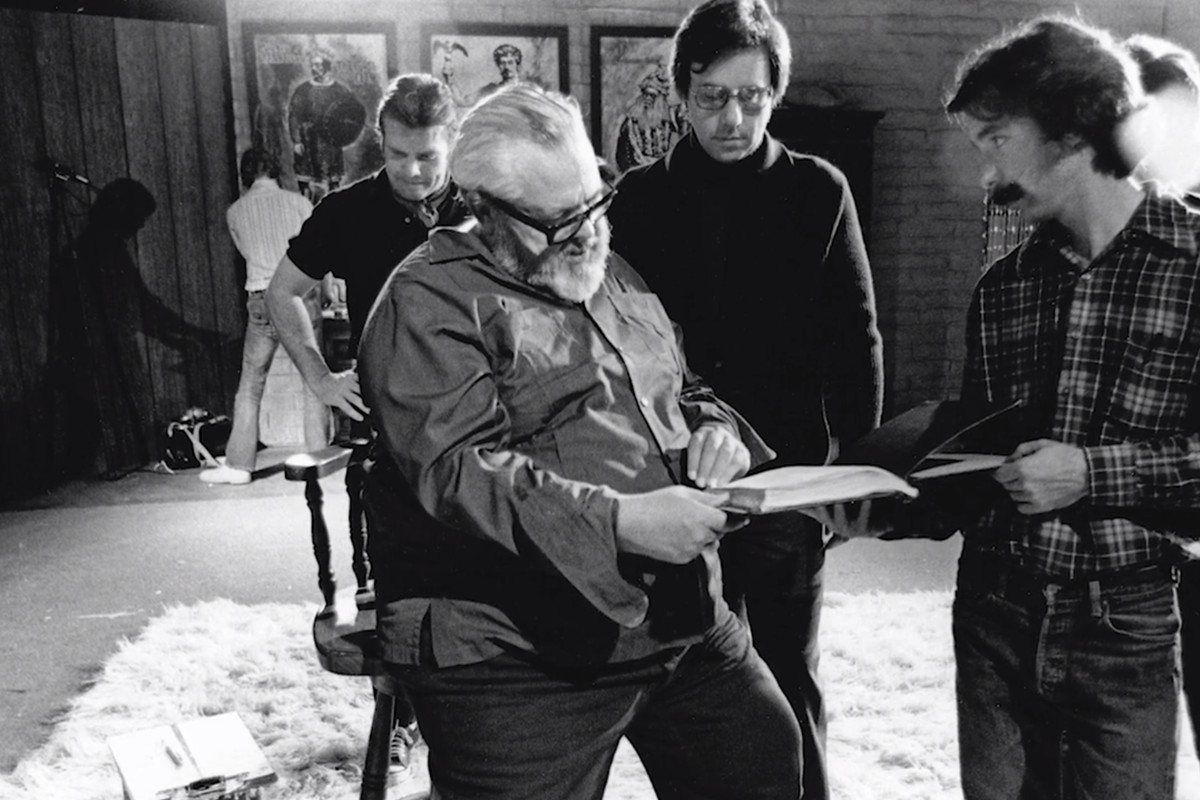 But it does serve purpose in the narrative, essentially acting as a breather between the increasingly intense nature of the mockumentary sections of the film. This structure isn’t without its issues; Hannaford’s film is intentionally presented as utterly bereft of substance or narrative, but given so much of it is actually shown, this becomes both a missed opportunity and an invitation for distraction. The film-within-a-film takes up a significant amount of the run-length, and as such could offer more than its bizarrely astounding visage to the larger film.

This issue, however, is not enough to derail what is otherwise a fascinating combination of cinematic frustrations that must have been building up within Welles for years. Like a follow-up to F for Fake, this film puts little value in ‘truth’ or ‘fiction’, melding and merging them into a nearly indecipherable slew. Auto-fiction, as it might be described in Doubles Vie, but also very much not. First, its blistering style, a rejection of conventional and popular art filmmaking, set on contradicting the establishment in every frame. Then, the content itself, which savagely attacks the filmmaking community, finding it a place for hangers-on, vapidity, anger, and vice. Throughout his life Welles had always contradicted truth, conventional cinema, and the film industry; in his final statement he rejects them all at once.

The Other Side of the Wind will be released November 2nd on Netflix. Catch its trailer below: