Jeff Goldblum has reached a stage in his career at which point simply turning up is considered sufficient. This isn’t an attack on the man – many great actors have perfected the art of simply turning up, not least Bill Murray – merely an observation on this late bloom in his working life. His natural aura has become something of a cinematic style; he is charismatic, laissez faire in manner, off-kilter but not quite off-putting. And it is on this that Rick Alverson relies in The Mountain, a film whose supposed charisma is its best, and perhaps only, asset.

We open to a series of static shots in the academy ratio. They are artful each, composed with rigour and a close eye for colour. Desaturation on a brown-grey palette. It soon becomes apparent we are in the 1950s, watching the sorry life of a young boy who doesn’t quite know who he is. Trapped in a squareish world, Alverson’s film almost resembles the work of Roy Andersson for a moment, a collection of ascetic vignettes depicting a society at odds with itself. This isn’t the 1950s that cinema usually explores, not even the dystopic variety. This one is sapped of its life; it is a drab, dour, but intriguing place. To see a style such as this in a relatively mainstream American film, even reflecting Kaurismäki in one scene, is a pleasure that should not be understated – it is a look and feel that invites fascination. But this is a fascination that the film cannot sustain.

The narrative, as far as it goes, follows the effectively orphaned Andy (Tye Sheridan) and a family-friend/electroshock therapist as they travel to various medical establishments across the country. Goldblum shocks, Andy photographs; the former enjoys his work, the latter hopes to find his mother somewhere along on the journey, though her fate is ominously undescribed. There is little more to drive the plot than this, other than the abnormalities of Andy’s dreams and thoughts – he struggles with sex, both intercourse and biological distinction. It is through this general ambiguity that The Mountain seeks to beguile. It presents a fog to be cleared; a set of shadows from which a source might be deciphered. As often happens with films of this kind, very little lies beyond the visage. 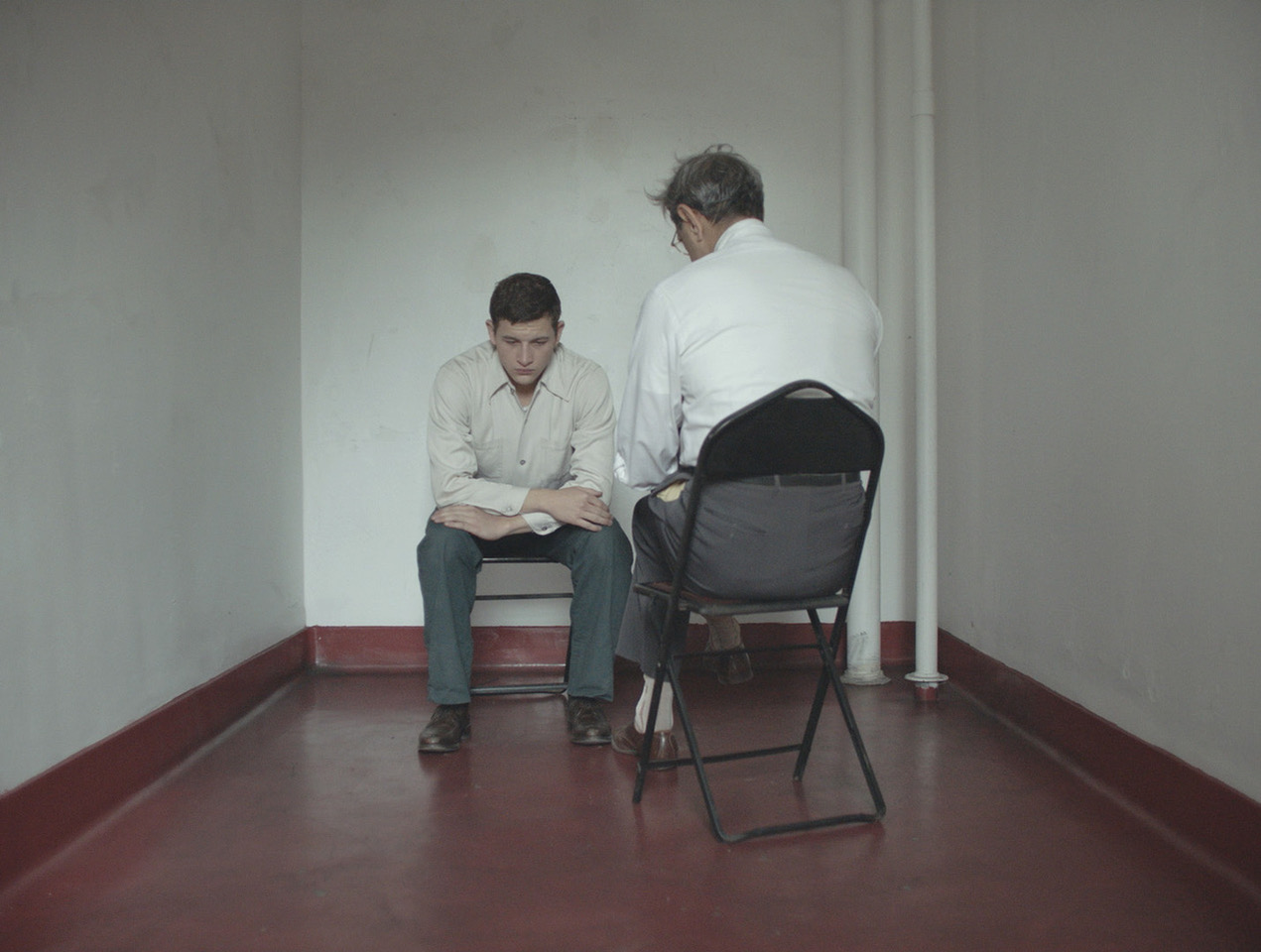 But for what it’s worth, there does seem to be a fairly simple thematic tenor across the film’s length, being the nature of difference, and how it is dealt with, or indeed, snubbed out. Goldblum is the old way, the grand salesman and the toxic silencer. Anyone who falls beyond the typologies for normality as established in the 1950s is a waiting victim, better a frazzled emptiness than a potential burden. As Goldblum himself mentions in passing, like closing a camera aperture to F11 – “doesn’t let much light in”. But then exceptions present themselves – Andy’s usefulness spares him the shock, and any other position of power might equally save someone from that ignominious end. Women feature as patients more often than not, and this is no accident; they are more frequently disruptive in a male dominated world. This idea of categorisation is brought to the foreground by Andy himself; he cannot properly distinguish between man and woman, and though he doesn’t yet know this term, he instead is often confronted by the image of a hermaphrodite – an in between, something that doesn’t fit with his already faulty preconceptions. Goldblum’s worldview has no room for those beyond the boundaries of his reality, and if his particular method is no longer in practice, to drug and diagnose has become a sort of modern parallel (as alluded to in the film).

But for a film so focused with rigorous form and extended philosophical rants, this is not a conclusion of significant depth or weight, nor one that can maintain interest as the narrative begins to waver in the final third. The film might be a visual marvel – one shot of a car snaking along a mountain road is little less than exquisite – but it lacks necessary substance. The alternative would be for it to entirely let loose, perhaps resulting in a more freeform experiment, but despite its strangeness this is a film attached to its conventional roots. More a Lanthimos-lite than an American Andersson, it was never quite capable of bringing its well-crafted pieces into a substantive whole.

The Mountain had its world premiere on August 30th at Venice Film Festival. Its trailer has yet to be released.