Going to the Moon was analogue. That vague dissociation of the digital world, with its wireless automation and computerized mechanisms, was a thing of the future; Apollo still dwelt in a physical realm that can be touched and felt. Every switch has a sound, every device a cord -technology made tactile. Damien Chazelle understands this. In First Man he takes the complex development of a space programme and finds that which can be felt. Shots will linger on faces, eyes, or a father’s hand running through his daughter’s hair. In its initial moments it almost drifts into the world of Malick and Lubezki, with wordless, almost formless moments of human interaction and emotion. The film is at its best when this mode is embraced fully, foregoing conventional style to achieve a closeness rare in biographic cinema. As Armstrong hurtles through space, editor Tom Cross cuts frenetically from his face to his instruments to his view of the abyss. These cuts will cycle like a minimalist composition, not intended to inform an audience or drive a narrative, but to convey an emotional state.

This conveyance of a state feeds into the picture at large, starting with the way in which it is shot. Utilizing old, grainy film stock, Chazelle mirrors his La La Land method by presenting First Man in the format most temporally appropriate for a film of its type. The result is something similar to a Pennebaker documentary, with long lenses, vacillating focus, and freeform handheld camera. If the best documentarians of the sixties had been permitted access to the Apollo mission, First Man might have been the result. This stylistic tenor is maintained even in a more incidental manner, where Gil Scott-Heron’s infamous protest song ‘Whitey on the Moon’ is caught by Sandgren’s camera as if by chance.

Music is also the film’s main inconsistency. For much of the introduction it is absent, and tellingly. We hear instead the groans and shrieks of engines, the rustle of a suburban town, the ticking of a coffin being lowered. It almost seems as though Chazelle has defeated the studio system from within, somehow achieving a Neil Armstrong biopic shot like Cassavetes. But soon after this rush of bold experimentation, Hurwitz’s harp-heavy music enters frame. A certain dose of conventionality follows, leaving at least a few biopic boxes dutifully checked. While Hurwitz’s La La Land score had been one of that film’s strongest assets, here his talent seems less assured: earthbound, his music feels incidental and unimportant; in space, an attempt at the grandiose always some degree less bold than the imagery it accompanies. A subpar score in this case is more significant than the music being a little inferior – this sort of expressionistic cinema can use silence and soundtrack to great effect, tapping into that primordial core of the brain that even imagery struggles to reach. Chazelle might ape Kubrick in his use of a waltz among the stars, but he misses the Ligeti that truly set 2001 apart.

It isn’t only the music that seems to contradict the documentary style of the film’s majority. My abovementioned description of Armstrong’s crisis in orbit appears to do the same. But it must be considered that the style is a means to an end. If it is in the film’s interest to be inconsistent, Chazelle prefers that to the less artful alternative. It is in space especially that various of these restrictions are loosened – the camera can be still, or float far out of reach, or cut like a cyclone. The end is always the same – to actualize the well-known facts of the Apollo mission, and to grant the audience what Chazelle describes as a ‘virtual reality experience’. If not every aspect of the film’s form functions to the same high standard, it must be recognized that the biopic genre is being twisted to deliver both realism and expression, a rarity in this kind of mainstream cinema. On Earth this aim is best suited to sixties docudrama, but when beyond Chazelle considers it necessary to delve further into Armstrong’s direct psychology.

It is that which makes up the other side of First Man’s proverbial coin. As much as it seeks to impress and thrill with its beautifully rendered imagery – both the cinematography and production design are without fault – it also intends to contextualise and deepen its subject. It is this which steers the film furthest from its potentially experimental routes and into the human interest that hopes to make Armstrong a man more than Man. Here Chazelle is a little less successful. While Armstrong’s relationship (or lack of) with Jan and his children technically functions on a thematic level, it is in need of further intrigue to maintain interest. Foy’s character is defined by her want for normality and as such it is difficult to conjure much more – hers is a story of deep familiarity, and not one developed in any substantial way here. Somewhat more interesting is Singer and Perlman’s interpretation of Armstrong himself, a man flanked by death and failure his entire career. He fits what is quickly becoming the quintessence of a Chazelle protagonist – ambitious, obsessive, and in some way negligent for this fact. In Whiplash this led to a moment of catharsis; in La La Land a kind of anti-catharsis; and in First Man there is a meld of the two. Armstrong the man at this point overshadows Armstrong the Man – there in his moment of triumph is he most vulnerable. A bold direction for a man so essential to America’s new mythology. 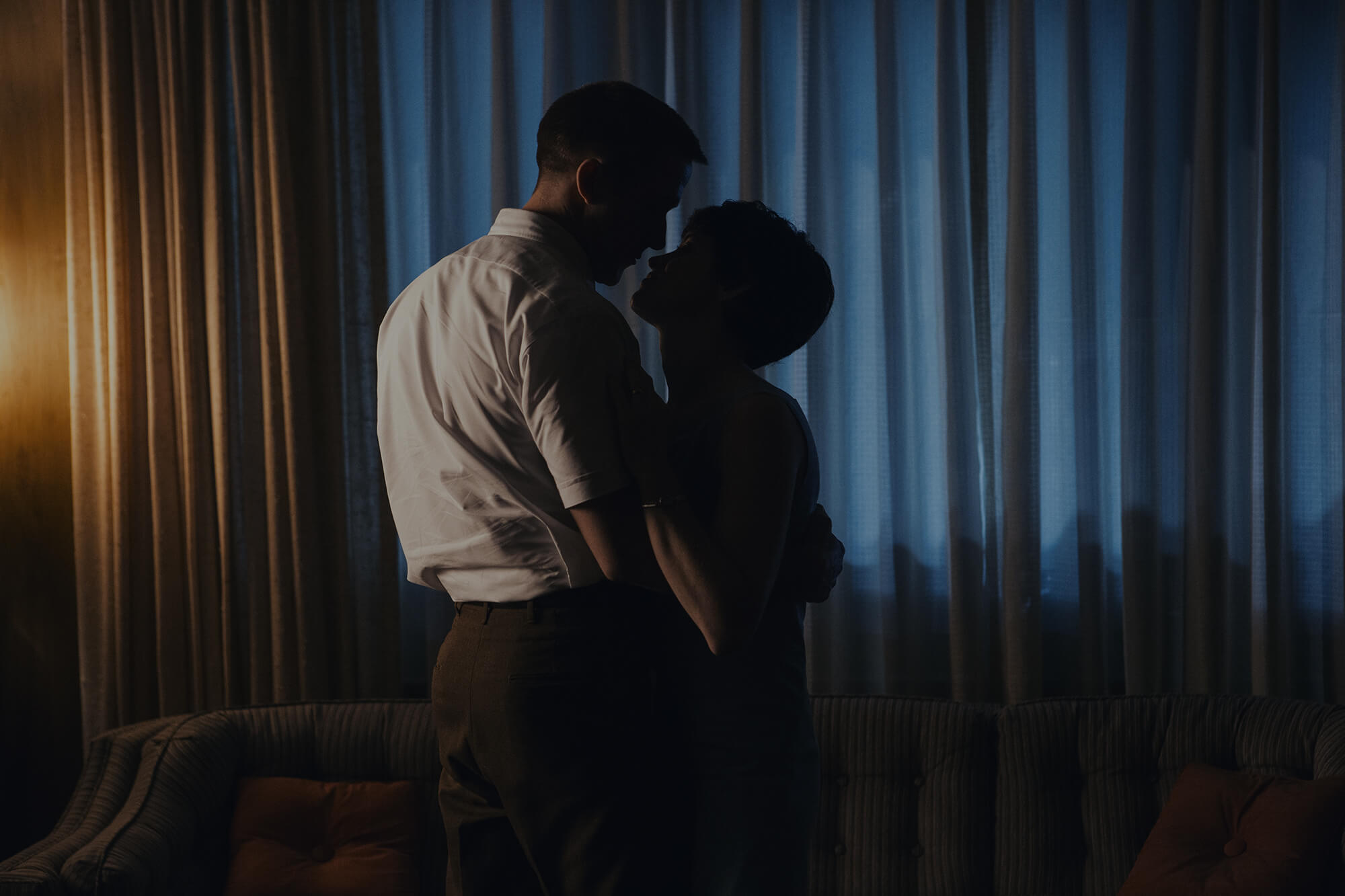 Yet if Chazelle’s aims were to unpack Armstrong in any significant sense, he is only successful to a point. Armstrong’s psychology is ultimately centred on a single incident, and instead of deepening this moment or broadening his character, the film instead returns to it without development. As a rhetorical device it functions, but doesn’t resonate nearly as much could, or perhaps should have. But these narrative shortcomings ultimately represent the secondary aim of First Man. The first is an attempt at total immersion – a recreation of a time and place, a feeling and an atmosphere. The rich colours and grainy stock, Scott-Heron’s song and JFK’s speech, the flicking of switches and the hatches and the spacesuits. Every detail is convincing, and more than that, intimate. This is not a docudrama presenting the Apollo mission as it happened, but a film set on taking its audience with them. And in this, it doesn’t take a step wrong.

First Man will premiere in the UK on October 12th. Catch the trailer below: