A breakup plays out on the screen.

“You hesitated too long”, replies the other.

It is an opening that takes you by surprise, no more so than when the reel seems to snag. A figure, the very same who hesitated just a moment before, rises in front of it all and turning, seemingly to the audience, asks whether the scene is any good. This is Benjamin, a filmmaker riddled with anxiety surrounding the release of his second film. A vegan who, as we come to find out, struggles more than most when it comes to the world of romance. From these opening minutes alone, it is evident that much of this bittersweet story comes from director Simon Amstell’s own experiences, and the honesty of it is palpable throughout. 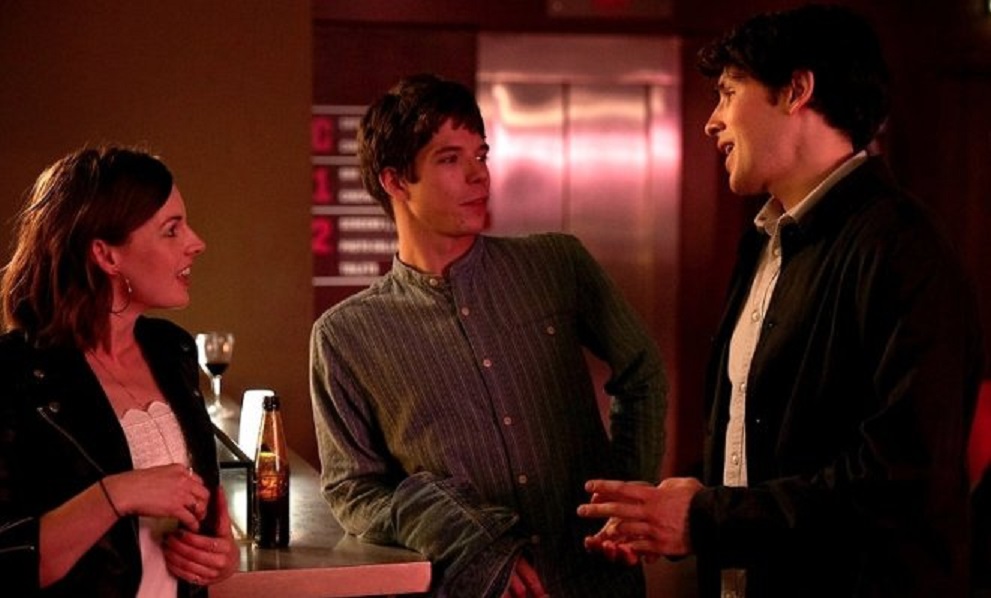 Benjamin is a quiet film. Between the awkward meetings and charged arguments, there are journeys on the bus; moments where Colin Morgan’s Benjamin is free to smile to himself at the prospect of a new relationship, or start from a nightmare following a strange evening at a near-strangers flat. These meandering scenes offer brief respite amidst the non-stop grins throughout the rest of the film. As a comedy cynic, I did not expect to laugh as often or as hard as I did here, despite the film’s clear standing in the ‘Laugh’ branch of the festival. Even the movie’s humour is low in scale, though high in results. Media satire plays a large role here – a cameo by Kermode and Mayo certainly leaves a cinephile audience in stitches.

Meanwhile, Benjamin pokes fun on a more personal level; for every bumbling film screening introduction, there is an equally farcical attempt at making romantic advances, or consoling a friend. Underneath it all, too, is a consistent sense that the humour comes from a place of reality. Benjamin, alongside his best friend and stand-up comic Stephen (Joel Fry), unknowingly works his way into increasingly ridiculous and stressful situations. His comic troubles aren’t at all far from the awkward plights we find ourselves in day-to-day, which makes it that much easier to empathise and laugh with (and sometimes at) him. Speaking about his comedy, Amstell said that he is “telling the truth each time. And that’s what it will always be about”- an intention that is strongly felt through the entirety of the film.

Morgan carries a charm to the emotional disarray of Benjamin. His nihilistic attitude (to settle his fretfulness, his producer lies him down cooing “we’re all going to die”), as well as his nervous ticks (more often than not Benjamin just cannot keep his mouth shut) are characteristics that are certain to dissuade some viewers. But to many, these will anchor an emotional attraction. Simply put, he’s weird. And many of us are.

“He’s probably me when I was in my late twenties…” says Amstell “…so [he’s] like a deranged lunatic.” Morgan gives a strong and intimate performance, one that leads you to ask why he stars in so few films. Moreover, his chemistry with up and comer Phénix Brossard, who plays Noah (the “skinny and well-lit” French musician that Benjamin so desperately wants to fall for) is creditable, though the latter’s character is undeniably less fleshed out than his counterpart. 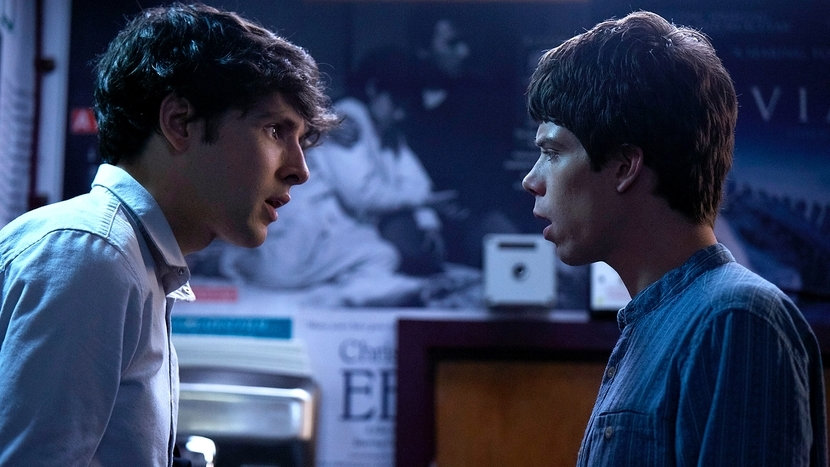 It is a shame that by the final act the film turns even further inwards. Narrowing the focus solely on Benjamin’s emotional troubles and thus rendering the film a little lost. With 15 minutes to go, it’s difficult to see how the narrative can be wrapped up, especially since it’s one that seems to revel in a more character driven approach. Benjamin’s arc rounds itself off slightly too neatly and without a truly satisfying catalyst. Similarly, a subplot centring around the emotional upset of Fry’s Stephen isn’t engaged with deeply enough to be justified, though further comments on the idea of the ‘tortured artist’ that seems inherently part of the creative industry today.

It’s good to see Amstell developing a more assured approach to his work; in only his second feature, he shows huge promise. Benjamin has a cinematic softness to it, but finds itself strongest when celebrating its realism or relishing in its comedy. As heartfelt as it is hilarious, Amstell and Morgan find a balance between the humour and emotional drama. This is a film that will divide audience reactions but deserves to be seen, if only for a good laugh.

Benjamin has not yet acquired a release date or trailer. It premiered at the BFI London Film Festival on October 19th.