Skip to Content
Home Blog ‘Out Of Blue’ Review

Hassan Sherif Leave a Comment on ‘Out Of Blue’ Review

Carol Morley’s latest venture, Out of Blue, is grounded within the gritty urbane confines of New Orleans yet deals with a magnitudinous cosmic subtext. It aims to wear a viewer down with its exploration of the pessimistic thoughts that accompany deliberation over humanity’s insignificance. Unluckily for the film, it succeeds, and then some. The potential is endless when toying with astrological references, but this story of an existential crisis during a homicide investigation is often stale and unexciting, meaning that this slow film never really feels like it has begun.

This is most clearly down to the sluggish performances themselves, and not to the art direction: the dark ambience which imbues the film encapsulates well the crushingly world-weary mindsets of our protagonist (Patricia Clarkson) and the cast of characters around her. In Morley’s adaptation of Martin Amis’s 1997 novel Night Train, Clarkson is Mike Hoolihan, a veteran detective and recovering alcoholic. Her latest case concerns the murder of a brilliant young astrophysicist, Jennifer Rockwell (Mamie Gummer), noted for her disconcerting research on black holes and on our place within the universe. It also drowns Hoolihan in a dark wave of transcendental grief. Midway through the film, the identity of the culprit in this mystery is no longer the main focus; as time passes so does the detective’s sensibilities, transforming Out of Blue from a gritty whodunnit into a surreal portrayal of a deathly mid-life crisis. 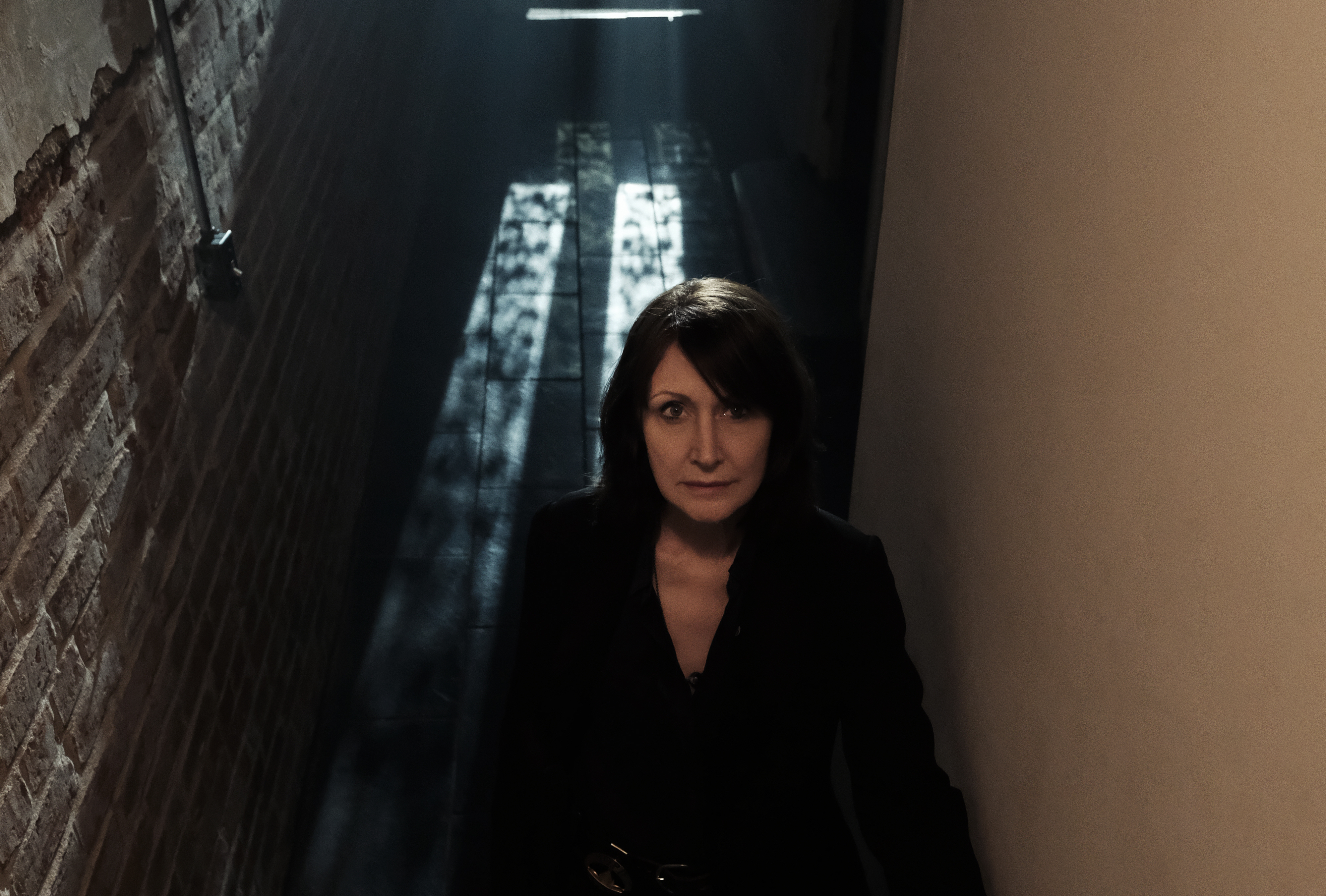 As Hoolihan grows frustrated with the emotional vacancy of both Rockwell’s boyfriend (Jonathan Majors) and her sinisterly professional family, we’re left wondering just how much more powerful this production could have been with a more energised performance from its cast; Morley’s confident direction and the film-saving score from Clint Mansell are left hanging by imbalanced emotional execution from the primary actors. A poor attempt at realism means that they deliver their lines in a very resigned manner, and they almost seem distracted by how unengaging the script is. Majors tries to maximise his character’s grief, but unfortunately returns a painful few sequences of odd and unconvincing crying. Even Toby Jones looks disinterested as the dodgy Professor Ian Strammi, and these half-hearted performances cannot be resuscitated by a plot that largely goes nowhere. Although Clarkson’s overblown dreariness quickly becomes oppressive, her portrayal of a woman’s descent into broken stupor is bound to stay with the viewer. An hour and a half into the film and we think we know the monotonous rhythm of her speech, but a short, awkward drunk sequence showcases this professional woman embarrassing herself in cringe-worthy fashion. It is the first instance of cringe within the film that seems intentional, and actually adds to the portrait of a lady in distress, rather than displaying signs of weakness in a tired movie. We welcome this sudden change from the safe formula of poorly delivered one-liners and tautologous scenes that scream irrelevance.

On a more positive note, Morley’s recycling of the same locations complements her discussion of humanity’s limited time on Earth by creating a sense of claustrophobia within the large-scale setting of New Orleans. However, this quickly delves into repetitiveness, with the same three or four different environments revisited in every scene. Similarly, a flash back to Rockwell’s short monologue about how “we are all stardust” is churned out every ten or so minutes and eventually loses its impact – while starting to feel slightly self-indulgent. Morley’s script is obsessed with Schrödinger’s cat, and other such philo-psychological concepts, mentioning them so frequently that we soon feel like we are watching a badly taught lecture and as an audience, that we are not being taken seriously. For a script that repeatedly comments on how beautiful the unknown world among the stars may be, it is markedly unmagical. Thankfully, the ominous dénouement of the film is a powerful, hallucinatory, and most importantly satisfying farewell to an unnecessarily drawn out investigation, and to the portrayal of a middle-aged life locked in stasis.

Out Of Blue will be generally released in the UK on March 22nd, 2019. Check out a clip below: