Milo Garner takes a look at the upcoming anticipated remake of the 1977 Italian horror.

Luca Guadagnino’s Suspiria is in some ways very much like the original. A familiar face in the cast, a quotation of Goblin’s soundtrack, references in the production design. But in a more important sense it is dissimilar, a different proposition entirely. Argento’s original is writhed in giallo style, a film that feels intermittently cheap before arresting its audience with sudden gore, or red, or blue, or some combination of colours that had never even occurred to them. A wonder of garish production design and lighting, it was never a film whose script was especially intelligent, acting more as a framework for its vibrant delights than anything more.

Guadagnino has repositioned his version considerably. Now it enters the curious realm of the prestige horror, defined not only by their substantial budgets but their supposed restraint. The ropey audio and self-conscious comedy of the 1977 Suspiria have no place here, replaced by a sense of importance and magnitude. This is not a film to scare or enthral for its own sake, as I consider much of Argento’s output to be, but a more capital-A Artistic endeavour, seeking for plaudits it will most assuredly attract (from a few, at least). The most obvious consequence comes in colour, with lurid replaced by desaturated. Set in Cold War Berlin, a grey seeps over everything; this follows narratively, with constant updates on the German Autumn then embroiling the city. This setting serves as the film’s most interesting distraction, wherein it considers the impact of a city so wounded. In Berlin, an evil hid behind innocent walls was not an abstract concept; Nazism lurked close in memory, remnants ready to creep through the cracks. In this atmosphere of suspicion and depression, the wild ramblings of a dancer suddenly take on extra meaning, an extra disquiet. Dr. Klemperer (an unrecognisable Tilda Swinton) offers curious insight on this point, reading her diary filled with witches and covens as code. An attempt to understand some horror otherwise inconceivable, a way to process a world bent out of shape. This idea fascinated me – the suggestion that deeds so repulsive could conjure the existence of magic in the mind, if only to assure the subject that such evil could not exist amongst normal humanity. That it can exist there, and does, is a prospect far more unnerving than actual witches.

Unfortunately Suspiria only presents these ideas, but does not engage with, or even tease them narratively. We are very quickly introduced to the supernatural and its hosts, leaving Klemperer’s musings as just that, red herrings against a very real threat. But for all their twisted cruelties, the witches can never become particularly compelling villains due to both the obscurity of their aims and the willingness of their target. The mystery unravels almost in parallel, with Dakota Johnson’s Susie slipping from the picture at several intervals, and Mia Goth’s middling performance as Sara never quite suitable as a replacement. Sayombhu Mukdeeprom’s camera always maintains interest, but the narrative it captures – one far more intricate yet little more interesting than that of the 1977 film – rarely tantalises as the visuals do. The choreography and trance-like editing are left in a similar position; a film of brilliant craft, but lacking adequate direction in writing. 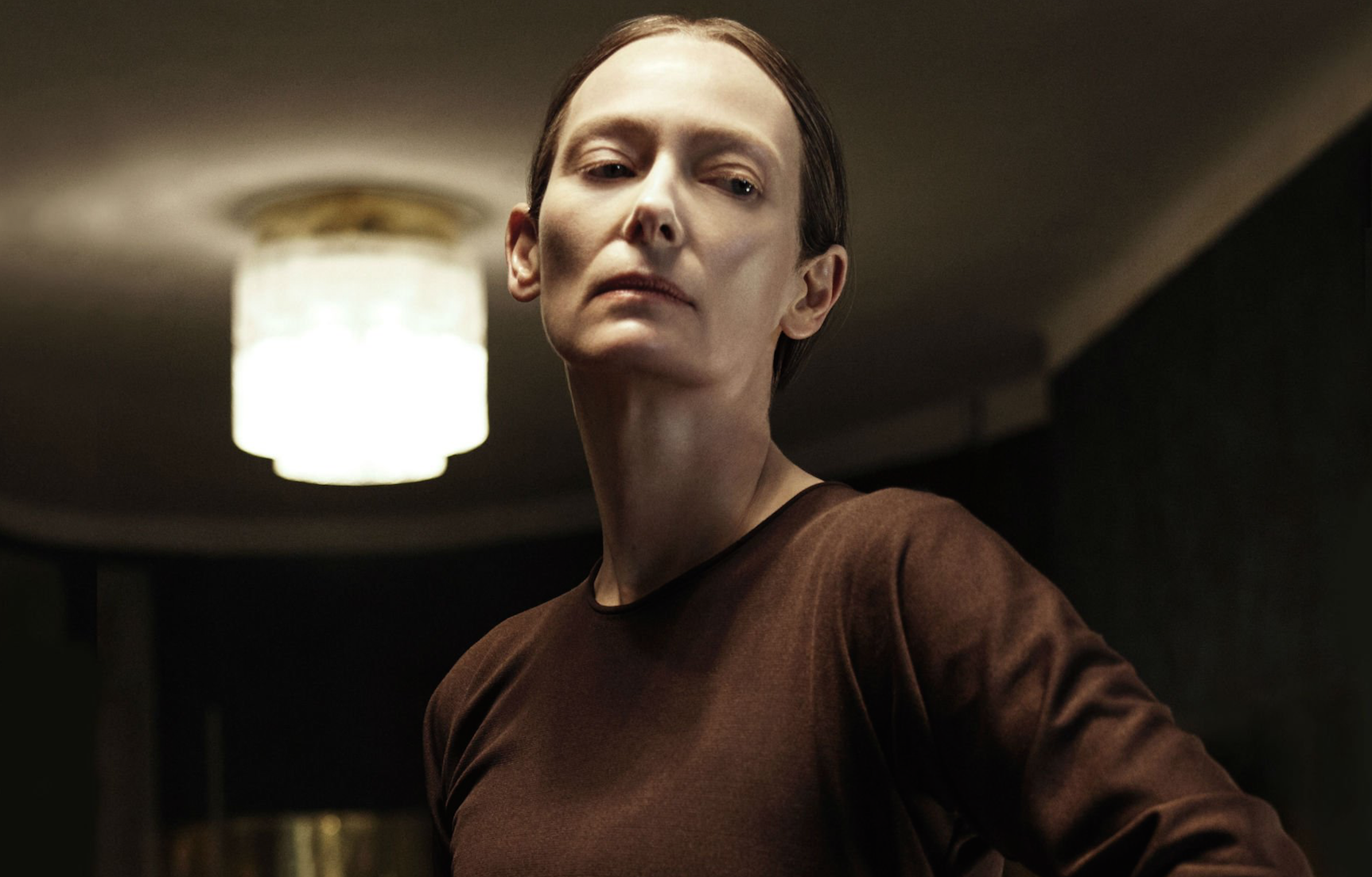 Never is this clearer than with Klemperer’s extended subplot, which seemingly develops from a minor investigative role to the film’s primary moment of pathos, leading to an epilogue that entirely misses the mark. It almost comes as a shock that he is a major character by the time he’s figuring closely in the central narrative; a bizarre misgiving, though perhaps understandable given his character’s distance from the film’s thematic middle. If other elements of the film were captivating in the way Argento’s film managed to be – on a purely experiential level – then these issues could be largely forgiven, but Guadagnino remains restrained until the finale is upon him, at which point the table flips so suddenly that it almost invites comedy. Not the intended effect, I would imagine, though I do appreciate a film for going absolutely nuts even if it isn’t entirely to my taste.

If to some degree flawed or misguided, Suspiria still tempts in process. Much of its imagery is impermeable, Thom Yorke’s ghostly soundtrack is forever alluring, and its ambition should be applauded. Performances, too, bar perhaps Goth and Moretz, are wonderfully realised throughout the cast, not least Tilda Swinton in her dual roles. Even if it doesn’t match the success of his last two pictures, Guadagnino again proves himself to be a force for innovation in cinema – a remarkable career lies ahead.

Suspiria will be generally released in the UK on November 16th. Check out its trailer below: