Skip to Content
Home Blog ‘Scenes from a Marriage’ Review

Milo Garner Leave a Comment on ‘Scenes from a Marriage’ Review

A masterwork that gathers many of Bergman’s key concerns in his post-Winter Light filmography, the miniseries Scenes from a Marriage is the closest and keenest examination of love and identity the man ever produced. Its premise is fascinating in its upended nature; it opens with a conclusion – a perfect marriage, sturdy and respected. We do not learn much of their meeting or courting, the typical subjects of a romantic film, nor do we enter a household at war, as might be more usual; instead the film opens to, a seemingly happy home. At first subtly, and then less so, we witness this relationship disintegrate and reintegrate; there is an ebbing, but a ten-year connexion cannot disappear in a breakup, as Bergman knows all too well. His most obvious angle is one that often emerges in his work, that of identity, though here an identity intrinsically linked to relationships with others. The masks that Johan (Erland Josephson) and Marianne (Liv Ullmann) wear are to be thrown under a cold light, for them to find they have been wearing them so long there is nothing underneath. At least nothing they recognize as themselves. 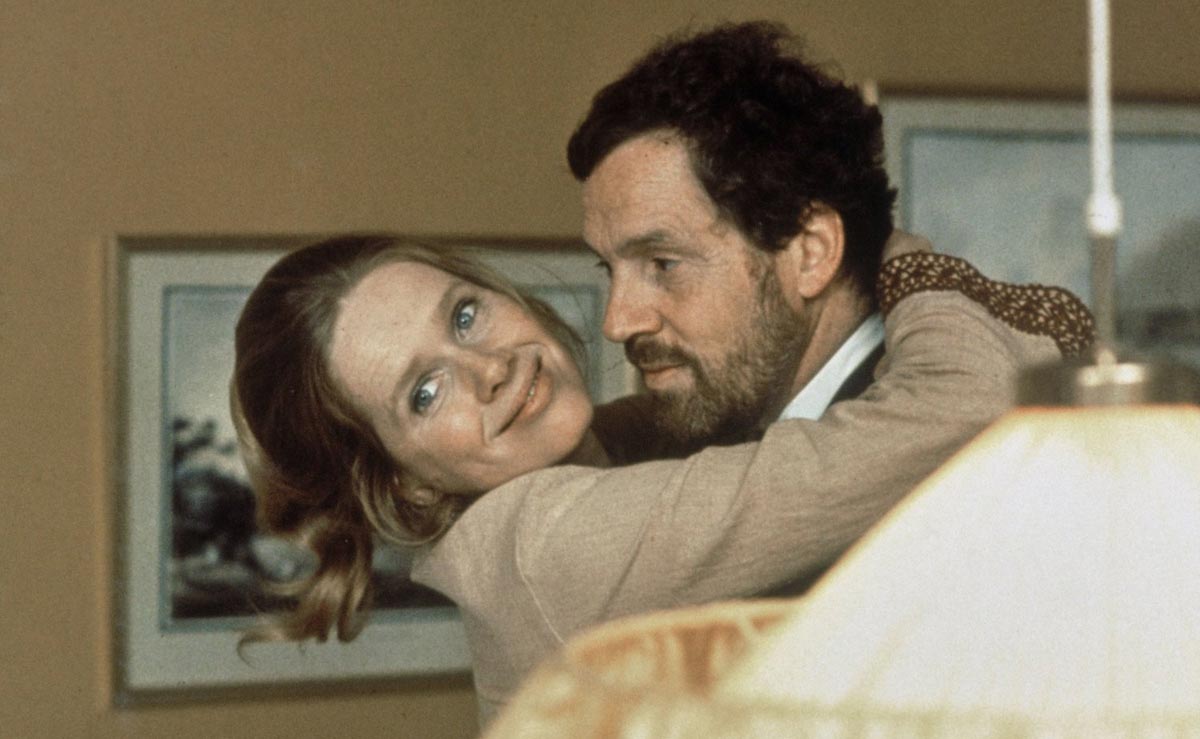 Marianne in particular realizes her own mask has been shaped in reference to the needs of others – her nature is, at least outwardly, reflexive. This is clear in the opening of the first episode – when asked about herself she is only able to refer to her husband and her children; she is a wife, that term implying ‘husband’ more than it does ‘individual’. A feminist reading here would not miss the mark – while Johan makes light of ‘women’s libbers’ throughout the film, Bergman seems sympathetic. In Marianne he has created an intelligent and practical character who finds herself inarticulate, incapable of espousing what she believes about the world. Or at least she thinks that to be the case. At one point she beautifully encapsulates the nature of her affliction, the tragedy of an identity moulded by others; as the camera shoots to Johan, it finds him asleep. His own position is no more enviable, however, almost placing him in an opposite conundrum. He is outwardly charismatic, confident, and secure. His truth is, however, vulnerable. As soon as his worldly success dries up his sense of self suffers, and though he delves into individualism to find some sense of security, his reality contradicts such philosophies.

Imbued with the spirit of Ullmann and Josephson, these characters breathe in a way that few others, even in Bergman’s canon, ever do. Johan may share some traits of the director, such as his ‘retrospective jealousy’, but he is not a self-insert as many similar characters have been. Both become people in and of themselves, and while Marianne earns a more sympathetic position in the script, neither is posed as a mouthpiece for the correct way of thinking. It perhaps bears comparison to the equally brilliant My Dinner with Andre, which also presents two characters who might initially appear to represent a moral polarity, but develop into equals in different milieus. But where Andre stresses class as its key meta-division, Scenes instead focuses on gender, though to limit either of these films to that dynamic would be overly reductive.

Beside its ideas of identity in a personal and interpersonal sense is the closely related concept of communication, a staple of Bergman from the beginning. Again, he doesn’t strive for a simple moral conclusion, but rather presents a selection of responses offered for the audience’s judgement. Honesty, for example, comes under fine scrutiny, as does the axiomatic assumption that it’s always the best course of action. Initially Johan’s deceit, and the deceit of family friends, appears cruel and immoral; a later revelation that Marianne had hidden an affair from the very beginning of their marriage, however, appears reasonable with two decades of hindsight. The way in which Johan and Marianne tear off their disguises might be considered admirable in a society that values total emotional truth, with oneself and others, but the searing and irreparable damage these revelations cause must be balanced with their practical conclusions. As Scenes reveals, these fiery bouts can be just as damaging as the repression that engendered them. 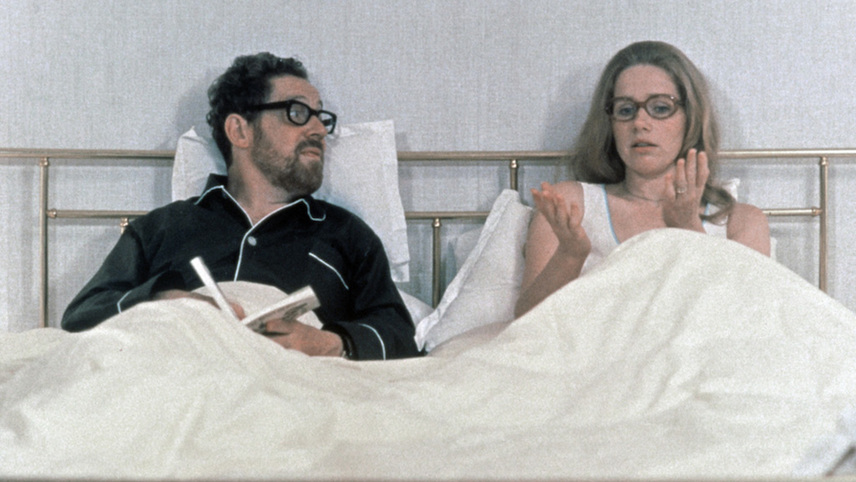 But beneath the high-minded ideals of the self and the other we find love itself. After watching a marriage crumble for six hours it might be tempting to abandon any hope of love, but it can be detected, in moments and glances. This is not the romance that cinema and literature have forged over the years, of togetherness opposed by distinct apartness. Here they intertwine, and in this Bergman deploys his talent for tonal sinuosity. Johan and Marianne will often argue, but these conversations encompass a wide measure of feeling, flowing through gaiety, rage, longing, and sadness within the confines of a single scene. While a certain compression of events is necessary for the concept to function – six episodes covering six ‘moments’, rather than a more sweeping drama – Bergman never abandons the realism at the film’s core. He engages with his characters intimately and allows them the room to experience the often-contradictory emotions of a life thrown out of balance; while the theatrical cut of the film might be more intense, the TV version allows a more complex evaluation of a marriage at its end. The centre of Scenes from a Marriage relies on the idea that, in some form, Johan and Marianne still love one another. It may be a broken love, one tinged with hate and frustration, one that prevents any sort of healthy relationship between the two, but there is a connexion that binds them in a certain way. The inherent unsolvable nature of this pairing means that by the final episode there is no neat ending to be had. But of course, no such ending could ever exist – Bergman’s quality is in not contriving one.

Scenes from a Marriage was released in 1973.

It was recently screened at BFI Southbank as part of their Ingmar Bergman season (January-March 2018). Discounted 3 pound tickets available through the free 25 & Under scheme.