There is a disconcerting quietness that casts an uncomfortable shadow over Burning. Its colour palette is cold, its characters detached. For a film associated with fire, its only instance of true warmth came from a ray of sunlight, reflected by Seoul Tower and beamed at a specific angle, allowed to softly seep through the windows into a room. Haemi states that it happens only rarely, and that you have to be lucky to catch it. That ray of sunlight disappeared after ten seconds.

Director Lee Chang-dong instead visually dedicates the titular description with the burning of cigarettes. We watch one cigarette after the other slowly dissimulating into ashes, dragged forcefully, as if rushing to finish. A desperate act by our protagonists, Jongsu (Yoo Ah-in) and Haemi (Jeon Jong-seo, a delight in her debut role) to keep some fire in their hearts, it is a warmth that is harsh. A warmth that is lonely.

Its premise is simple: Jongsu, upon coincidence, reunites with Haemi, someone from his childhood that he barely knew. The two soon become involved, but the dynamic shifts after Haemi meets Ben (Steven Yuen) on her trip to Africa. Burning takes a turn after Ben reveals to Jongsu his peculiar hobby – burning greenhouses. The film is about Jongsu as much as it is about Haemi, and as much as it is about Ben; a three-hander told through the perspective of one. It does have more or less a similar premise to the short story it’s based on, Haruki Murakami’s ‘Burning Barns’, except dragged out as a feature length film, and riddled with complications. However, there are certain choices made that require further examination. 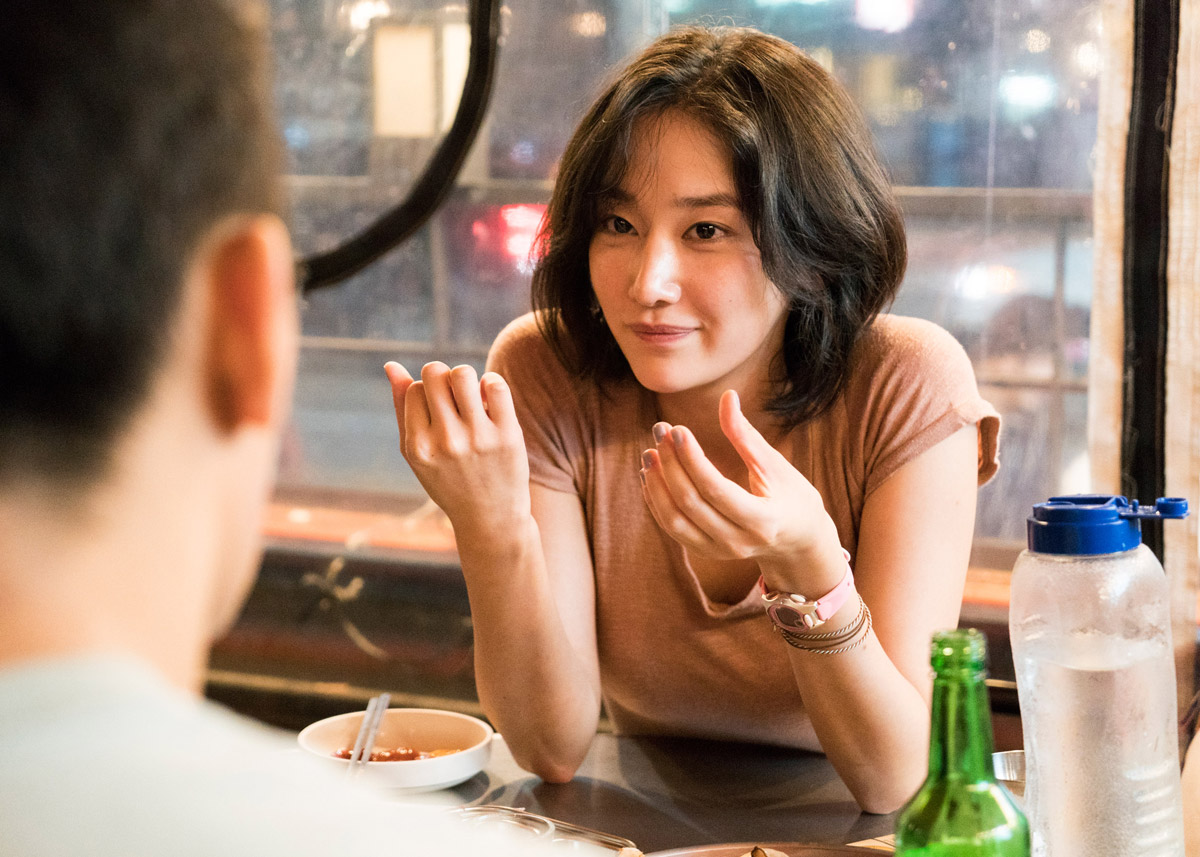 For a film loosely adapting Murakami, Burning manages to insert more Murakami tropes than the original contained. The Manic-Pixie Dream Girl, a frequent cliché found and criticised in the women Murakami pens, makes a reappearance in the film, but was in fact not an element in the original short story. The lost and lonely young writer reappears as well, where the “lost and lonely” part is directly added on in the adaptation. In fact, Burning scored in seven boxes on the harmless Murakami Bingo, and that is not even counting what originally existed in the book. It is hard to tell if Lee is simply paying homage to Murakami, or attempting to reimagine the 18-page ‘Barn Burning’ as a full length Murakami novel.

As such, these elements become a double-edged sword. On one hand, for example, the addition of a cat that properly plays a role in the plot is a charming decision that gave heart to the film. The Murakami formula works, and certain details might play as innocuous Easter Eggs for fans. On the other hand, Burning as pastiche runs dangerously close to parody – there is no need for the Manic-Pixie cliché to accompany the critique of how violence against women goes unnoticed, especially when directed at solitary, self-destructive women. Even more, Haemi was reconstructed as an almost by-the-books Dream Girl – special quirks include pantomime, sexual freedom, ability to doze off anywhere, spontaneous travelling, and more – which feels like a gaping flaw and disappointment in an otherwise chilling thriller, and perhaps an unconsciously misogynistic choice in an otherwise gripping critique of a patriarchal world. It can be argued that her characterisation shows her complexity, but it is undebatable that Burning takes Jongsu’s perspective, which of Haemi is a victimised sexual-romantic fantasy that remains so throughout the film. Meanwhile, the choice to reset the protagonist as a lost, quiet, disconnected young novelist (opposed to a well-off writer in his thirties) is fine, but seems to be such a go-to characterisation, and such a typical Murakami protagonist, that I wish for more in a ‘loose adaption’.

Aside from this, Burning is a triumph in slow-burn filmmaking. Hints to answers are given, but Lee manages to retain a successful ambiguity and an alluring strangeness. Its slow pacing keeps one on the edge of their seat, especially in the second half, where Jongsu becomes growingly obsessed with Ben and his greenhouse-burning hobby. The camera takes its time, breathes, and remains on our characters and their environment, refraining from melodrama – which would be an easy option given the material. Two scenes in particular – one of Haemi dancing, and the finale – are shot with delicacy, capturing the beauty of destruction and a dreamy wonder that is breathtakingly simple at the same time.

Despite my complaints of Jongsu and Haemi’s characterisations, I do appreciate how well their disgruntledness and loneliness capture a side commentary on youth unemployment and its dissociative culture. Even better is Lee’s subtle approach to the subject. Two sides of the same coin, Yoo Ah-in and Jeon Jong-seo reveal their own distinct isolation and pain, the latter stealing the show with all of the character’s quirks and eccentricity (The Manic-Pixie is up to criticism, but it does intrinsically bring out some scene-stealing acting.) They are drawn to each other because they are both lost and forgotten by the world, but due to their weakness of character that attraction is ultimately disrupted by the presence of someone who engulfs and feeds on their infatuation with destruction – the character that, pun-intended, burns into memory.

Steven Yeun’s breakout performance as Ben is by far the highlight of the film, and personally a revelation of his talents. There is always something off about Ben – he is an enigma, suspicious and perhaps sociopathic, and thus the audience is encouraged, with Jongsu, to develop an obsession over him. Yeun carries the role with grace, complexity, and a polite smile, and it is refreshing and empowering to see an Asian-American actor stretch his acting muscles outside the restrictiveness of Hollywood. Gone is the heroic Glenn from the Walking Dead – in his place stands a strange man who enjoys burning greenhouses. Yeun’s range can definitely be observed here, and his intensity bounces off the increasingly frenetic Yoo Ah-in as the film takes a turn to the intense.

Burning burns like winds in the winter, scathing the skin with an expertly-told chilling story and insight. Flaws in characterisation aside, the film is utterly visually stunning and emotionally well balanced, bringing alive not only the three characters, but also the world around them. Lee takes his time to tell the tale, resulting in a fascinating crescendo that ends with powerful ambiguity.

Cigarettes are dragged and put out, but the question of greenhouses lingers on.

Burning (버닝) will be generally released in the UK on February 1st, 2019. In the meantime, check out its trailer: