Skip to Content
Home Blog The Monster of Misogyny: Analyzing Sexuality in ‘Halloween’ and ‘It Follows’

sabastianastley Leave a Comment on The Monster of Misogyny: Analyzing Sexuality in ‘Halloween’ and ‘It Follows’

Sabastian Astley examines the role of sex and misogyny in two classic horrors.

The genre of horror has often been inseparable from the now-staple trope of teenagers having sex, with Friday the 13th (1980) and Prom Night (1980) to the parodist nature of Scream (1996) and The Final Girls (2015). While it is mostly used for no further meaning and instead as an easy activity to write characters into, there are two films in the sub-genre which transcend this simple use. Both John Carpenter’s Halloween (1978) and David Robert Mitchell’s It Follows (2014) explore sexuality in a metaphorical sense which is not immediately clear, with Halloween reflecting both an embrace and a rejection of the ‘Sexual Revolution’, while It Follows‘ titular monster is itself a misunderstood sexual metaphor.

To understand Halloween‘s sexuality, we must first look at the contextual backdrop within which it was produced. The ‘Sexual Revolution’ ended abruptly by the latter half of the 1970s, following through the blunt reality Vietnam’s failure alongside with the rise of Ronald Reagan, and his amalgamation of a rhetoric that was political in its motivation but religious in its metaphors. America’s subscription to Christianity was something that Reagan played off to an incredible response, and therefore inadvertently this idea of Christian values became the foundation of the American society throughout the Reagan era. These values include the traditional stigma against pre-martial sex, and the consequence of sin for indulging in the activity – Carpenter, albeit unintentionally, incorporates this rise of religious conservatism in America into Halloween itself; he does this through the diametric characters of Laurie and Michael.

Viewing Halloween through this lens of a rejection of the ‘Sexual Revolution’, Jamie Lee Curtis’ Laurie represents the ‘ideal’ or the stereotype for such a society – she’s educationally driven, uninterested in sexual matters to the point of embarrassment upon the mere discussion of potential romantic feelings. Her friends go so far as calling her behaviour as “prudish”, thereby highlighting this seemingly negative attitude toward purity by the fellow teenagers of Haddonfield. The polar opposite of this metaphoric purity is Michael; the physical manifestation of sin accompanying pre-martial sex, displayed through the serial killings of lust-driven teenagers originating in the murder of his own sister. Constantly lurking within the darkness, furthering this malicious intent and aura that he exudes throughout the film, Michael only appears directly before or after sexual acts enter the narrative, e.g. choking Annie immediately before her departure to her boyfriend’s house.

Laurie’s survival throughout the film can be attributed to her lack of sinful pre-martial lust, conforming to her conservative stereotype to the point of taking on a motherly role, protecting both terrified pre-teens Lindsay and Tommy from Michael. This continuous conservatism is both a fantastic parallel to the puritanical outrage toward the Sexual Revolution as well as a striking contrast to the more liberal attitudes her friends display, reflecting the hedonistic attitudes of the Baby Boomer generation and concluding in a gruesome fate at the hands of sin that is delivered through the vessel of Michael Myers.

Alternatively, Halloween can also be read as an embrace of the ‘Sexual Revolution’, exposing the dangers of sexual repression.

This reading depicts Michael as the epitome of sexual repression, as a result of an incestual obsession with his sister culminating in his forcing himself upon her in an incredibly violent yet simultaneously intimate act of penetration – stabbing. Michael’s murderous actions throughout the events of Halloween reflect a furthering of this repression – there are two types of murder committed: the phallic and disconnected (male), and the intimate and personal violence (female), seen through the murder of Lynda and Bob. Bob’s murder is over in a matter of seconds, impaled with the iconic kitchen knife with a lack of effort or even care from Michael. However, with Lynda’s murder there is visible emotional reaction from Michael through his trembling grip and the actual act of strangulation.

This idea of sexual repression also translates to Laurie, being sexually repressed herself through her conservatism. Ironically, this makes her the only individual in Haddonfield with the ability to face Michael, allowing herself a violent nature similar to Michael’s, being his ‘equal’ in a sense. While this idea of sexual repression could be simply explained through the intimacy between Michael and the multiple girls he murders throughout the movie, Michael specifically targets Laurie due to her triggering that same individual obsession. This explains his attempts to penetrate Laurie with the kitchen knife similar to his penetration of Judy, as an outlet for his sexual repression. The idea is developed through Michael’s seemingly supernatural immortality throughout the latter third of the film, despite being both stabbed in the neck and later eye by Laurie, an act that also breaks Michael’s obsession due to the disconnect between Judy’s ironic passivity through sexual activity and Laurie’s active violence through her sexual repression. Ultimately however, neither is able to kill the other – as stated before, they are one another’s ‘equal’.

Halloween‘s use of sexuality is difficult to fully plot metaphorically, at times subscribing to one notion and at other times to another. However, it’s clear that its approach toward sexuality is multi-fauceted, and albeit unintentionally, influenced by the Sexual Revolution. 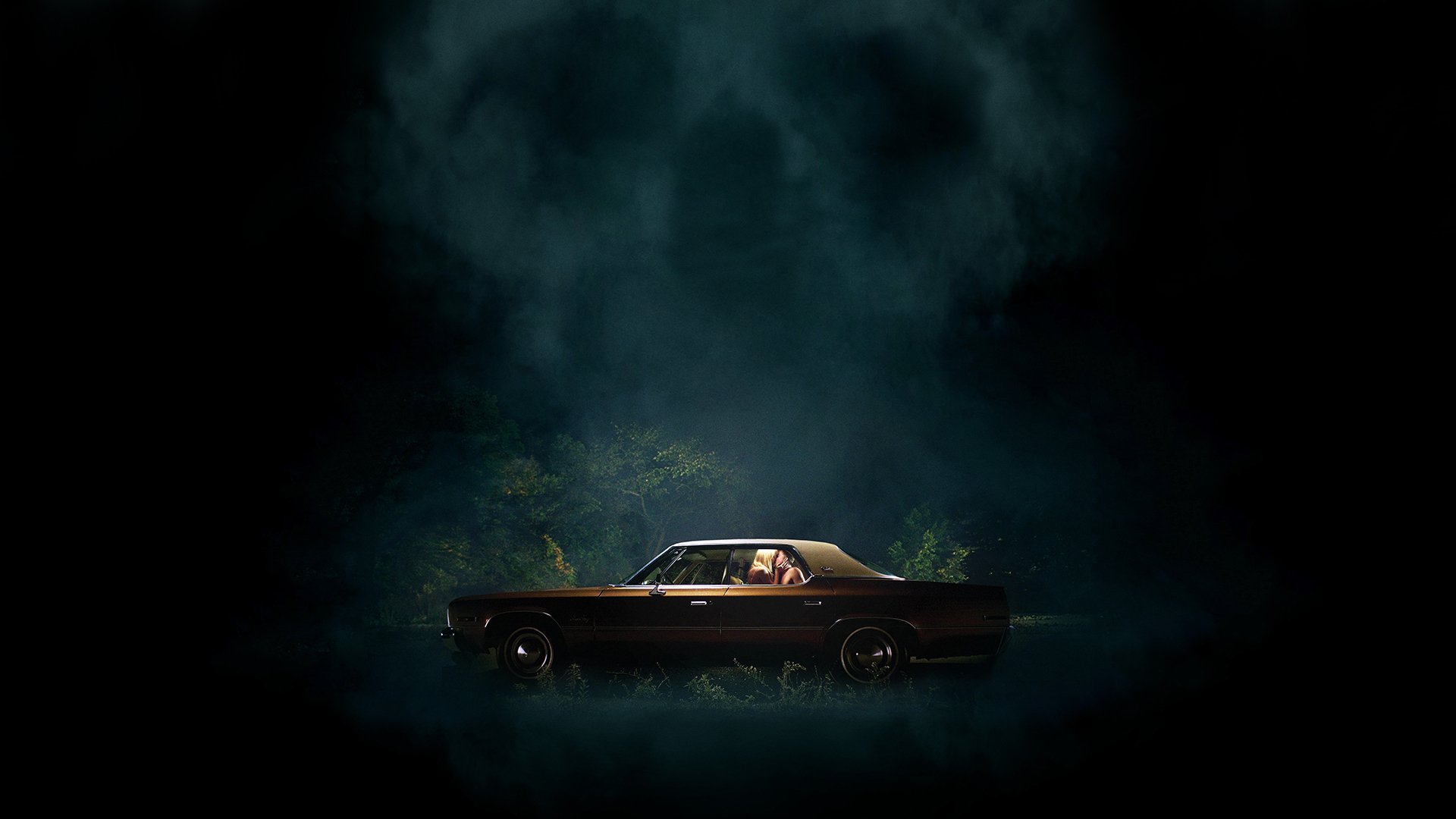 The idea of the ‘demon’ only appears following the sexual encounter between Jay (Maika Monroe) and Hugh (Jake Weary), and its lingering presence and malicious aura throughout the film reflects the social stigma of being inflicted with a sexually transmitted disease, as well as the dangers certain diseases pose. However, this analysis of the use of sexuality of It Follows is mostly rejected, and this is on the basis of a further appreciation and analysis of the opening sequence, to which a conclusion is reached: It Follows is about a sexual survivor.

Jay is presented as the typical modern teenage girl with an idealised view of romance, to which she monologues towards Hugh about; she expects her encounter with him to be this postcardesque date of holding hands with a cute boy in a car. This imagery is shattered immediately by David Robert Marshall with a horrific reality – from Hugh’s use of chloroform and subsequent rape of Jay (in narrative context, to pass on the ‘demon’) to the constant paranoia and distrust Jay treats everyone with throughout the rest of the film, the allegory of surviving sexual assault becomes clear. Additionally, the inability for others to see the ‘demon’ reflects the inability of friends and family of a sexual assault survivor to understand their mental state, and this difficulty to understand transforms into a subconscious disgust toward the behaviour of the sexual assault survivor, in this case Jay’s hysteria.

Despite the ending offering an initial glimmer of hope, with Jay finally facing and overcoming this distrust and the ‘demon’ through the aid of Paul (Keir Gilchrist), David Robert Marshall reminds the viewer that this scar upon Jay’s life is permanent through the final shot of an ominous lurking figure behind the pair as they walk together holding hands. It’s a painfully truthful reminder that sexual assault can leave one with a plethora of life-long issues such as post-traumatic stress, as well as the paranoia that Jay goes through.

It Follows displays an incredibly complex telling of the story of the survival of a teenage woman following a sexual assault, decorated with the idea of the horror being the physical manifestation, when in actuality, the horror lies within the mental torture that Jay faces and may have to face for the rest of her life. 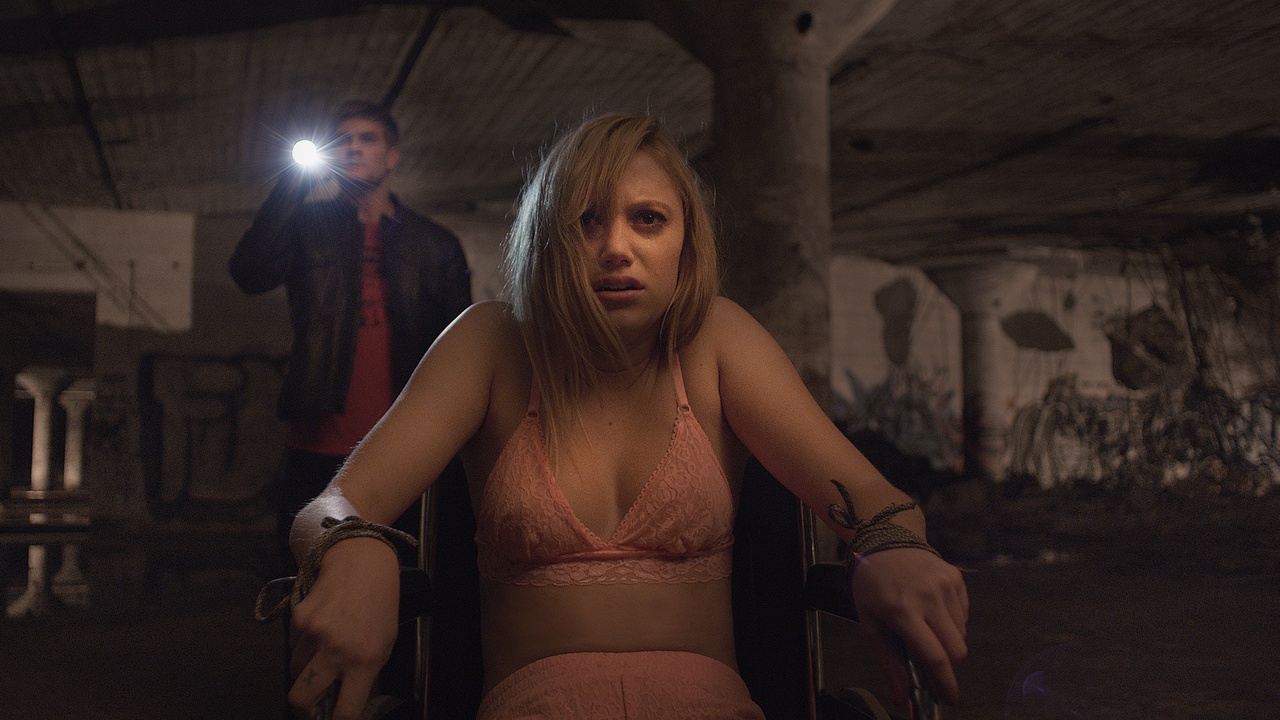 Both Halloween and It Follows transcend the stereotypical sexual tradition of their genre, achieving through the metaphorical significance placed upon sexuality within their respective narrative contexts. The two films show two strikingly different eras of sexuality, and their comparison only brings to attention the development of societal attitudes toward sex in the decades that separate the two. Carpenter’s Halloween reflects a view of sexuality forever trapped between eras, partially liberated by the significance of the Sexual Revolution that precipitated it, while simultaneously carrying the weight of the Sexual Revolution’s corpse upon it with the rise of Reaganism. David Robert Mitchell’s It Follows shows us that some horrors are sickeningly human; depressingly timeless in its subject matter, highlighting an all-too-realistic horror. The film contains a message that is only increasing in relevance with the rise of the #MeToo and #TimesUp movements.

True horror seems not to originate in the acts of masked murderers or demonic curses, but rather in the male mind.