While Wind River’s stunning setting in Wyoming snow provides the dramatic landscape for a brilliant and tense murder mystery, the snow isn’t enough to blanket the sexism of writer and director, Taylor Sheridan.

The film tells the story of Cory (Jeremy Renner), Sheridan’s all-out American hero, a father and hunter, plagued by the guilt of not being able to protect his daughter from being murdered in the ice. When Cory finds the body of a girl, raped and frozen in coincidentally similar circumstances to his own daughter’s death, he vows to enact revenge on the perpetrators.

This landscape in white-out blizzard is beautifully captured by D.O.P Ben Richardson and Renner gives a compelling performance, terrifyingly fearless in his white hunting costume, camouflaged by the ‘snow and silence’.

Doesn’t this all sound like a grippingly good whodunnit!

Well, it’s snow, silence and unapologetic sexism from here on in.

Sheridan’s Jane Banner (Elizabeth Olsen) is the FBI agent called onto the crime scene to dissect the situation. She is unprepared, unsympathetic and understands nothing. She symbolises the care, or lack of, the FBI gives to the people on the Wind River Indian Reservation. And what could be more offensive to anyone than sending a woman?

Sheridan writes Banner’s character as the bumbling blonde, a pouting pushover who misjudges every situation, from blaming a bereaved father in tears for the death of his daughter to forgetting her coat in this sub-Celsius climate. Even when she appears to show some authority in a wonderfully-shot and stressful standoff towards the end of the film, everyone in her team ends up shot dead anyway! That’s what happens when you let a woman take the lead. You die! 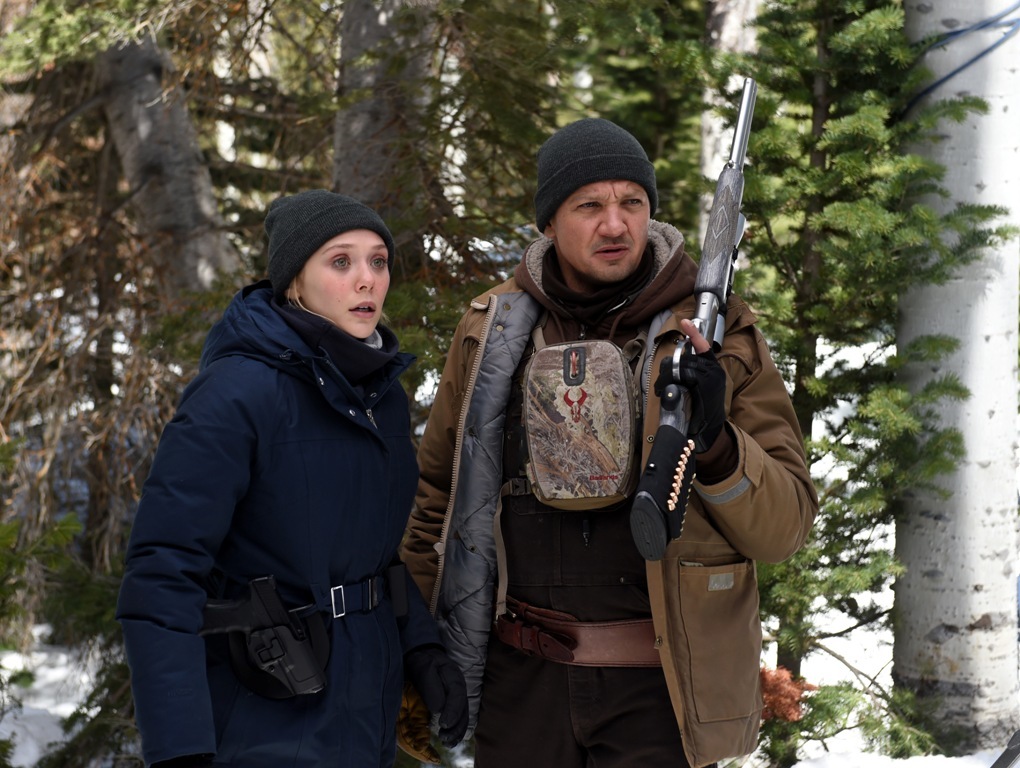 It’s not just Banner that Sheridan has written to be fundamentally flawed and female. Every woman depicted in the story is either weak or dead. We see violent scenes of a mother self-harming. What a contrast to the strong fathers, Cory and Martin (Gil Birmingham) who, after crying once, resolve to take action and murder the people who murdered their girls. In praise of Sheridan’s writing of male characters, the relationship between the two fathers, bonded in loss, is heart-wrenching and intensely moving.

But as much as Sheridan’s male characters are complex and their relationships real, he chose to write and direct a horrific rape scene. We’d heard about it. We didn’t need to see it: the carefully chosen shot of a girl, knocked unconscious, hanging over the edge of a bed. Four men, who will rape her, watch, pant and drool, having just beaten her partner half to death. It’s sickening and gratuitous. Unlike Banner this girl doesn’t have our man Cory to come to the rescue. She is a helpless victim.

Sheridan likes his women this way. After all, the murder and rape of women makes for such a good film. Wind River is sexism dressed up in fantastic film-making.