BFI London Film Festival’s Sutherland Trophy for Best First Feature was awarded this year to director Lukas Dhont for Girl, a stunning portrait of a transgender teen bruised by the struggles of her transition. It is steeped in melancholia, but boasts an uplifting message that powers through on account of a well-paced and intelligent script. The film’s intimate narrative style and honest performances ensured its success at Cannes Film Festival, where it received both the Camèra d’Or and the Queer Palm. Its lead, Victor Polster, as mesmerising as he is disquieting, was rightly named winner of the Un Certain Regard Jury Award for Best Performance. The film’s receipt of these successes is testament to the fact that Girl is not only a blistering new take on LGBTQ issues, but also that it masterfully and unforgivingly explores girlhood and maturity. 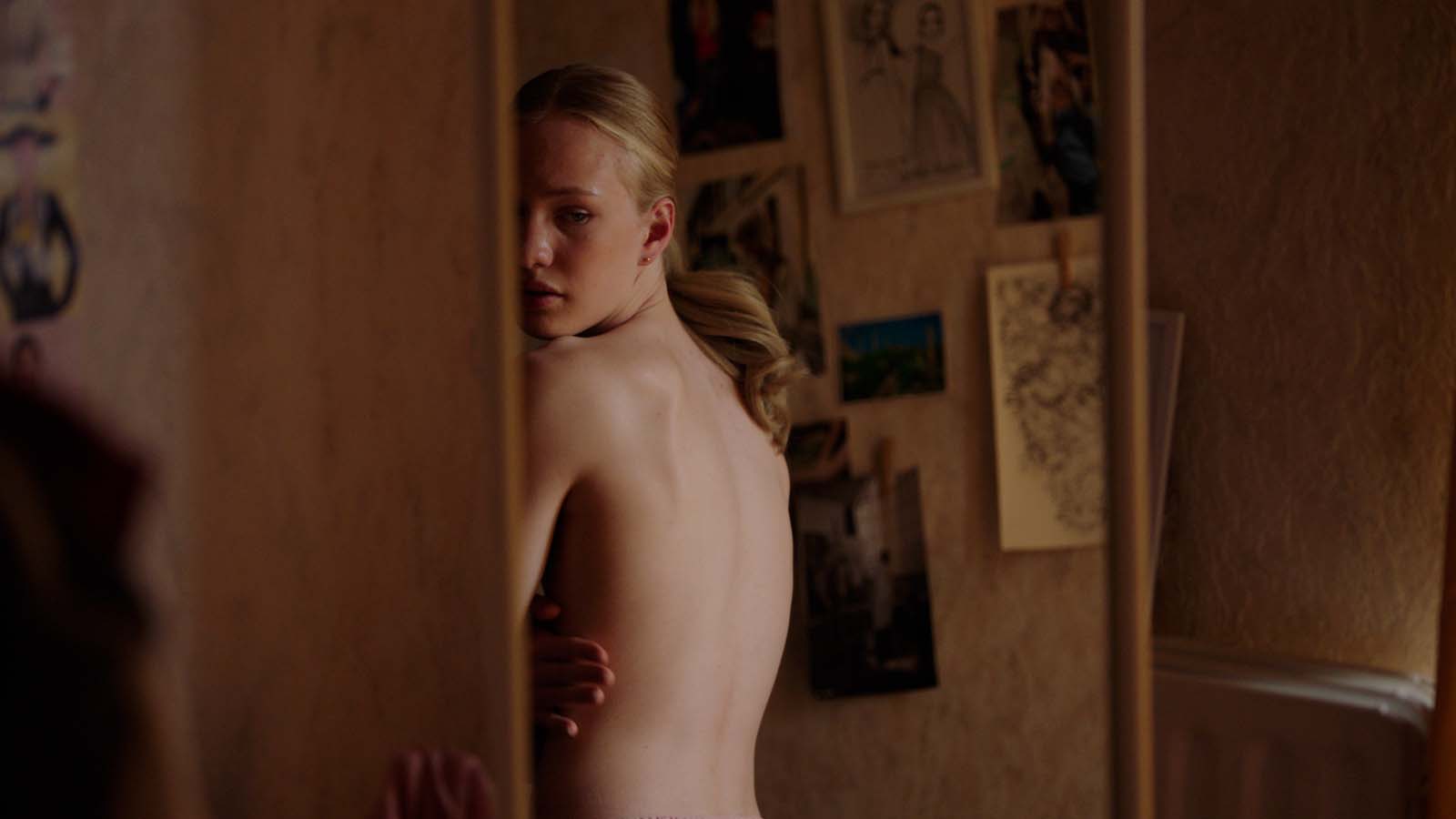 Polster is Lara, a fifteen-year-old who was born male but is now within the first stages of gender reassignment, preparing for surgery. Lara’s excitement at gaining a trial placement at one of Belgium’s most prestigious dance academies is undercut by the mounting mental pressure she experiences due to both internal and external sources. The factors of this oppressive unease include her frustration at the transition’s slow pace, her uncomfortable socio-sexual interactions, and her unrelenting training schedule. Polster’s physical and facial expressions are pivotal to capturing this frustration, as the script from Dhont and collaborator Angelo Tijssens deliberately limits the amount of verbal expression offered by Lara. She represses her emotions in the company of others, coming across as shy, quiet, and sweet. But Polster’s tortured eyes suggest a severe angst that speaks volumes over Lara’s restrained dialogue, rendered inescapable for both Lara and the viewer as there is a centrality to the protagonist in pretty much every frame. It is this underlying torment that builds up the tension so brilliantly throughout the film. For all the emotion welling up within Lara, she is never afforded a dramatic outburst, and ballet acts as a vent for her innate desperation. Every scene that sees her fight back tears is married to a beautiful sequence in which she explosively practises her routines, occasionally with difficulty. Dhont uses Lara’s training errors to scatter a forceful violence throughout the film; every brutal knock and every bloody strip of skin reminds us of the harsh reality that exists beyond Lara’s brief escapism. 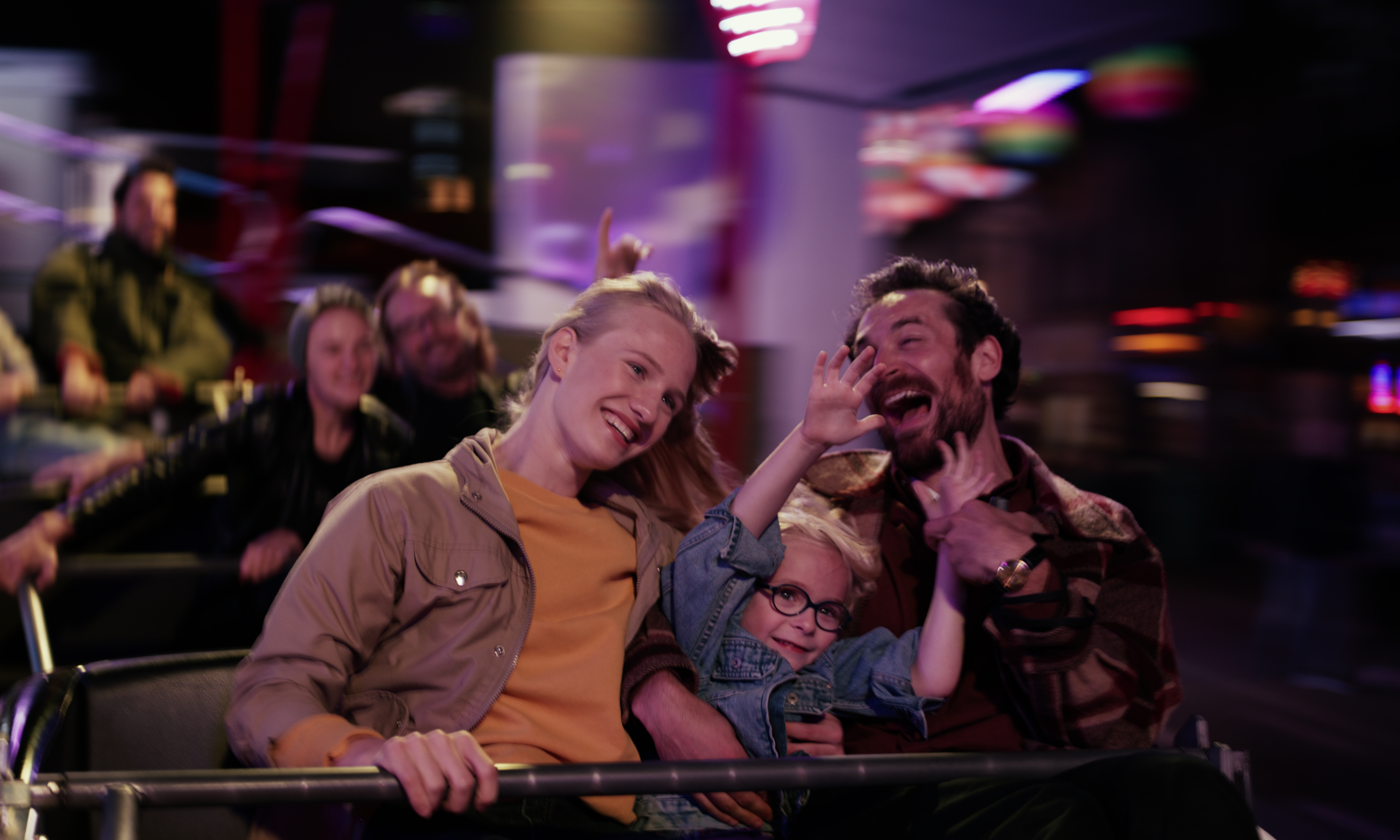 But it is not just Polster’s breakout effort that will move viewers. Arieh Worthalter is phenomenal as Lara’s single father Mathias, a taxi driver on his own turbulent journey of finding new love while settling into a different life with his two children. His prioritisation of Lara and her baby brother Milo’s (Oliver Bodart) happiness is never once questioned, with moments of annoyance solely borne from his desperate hope for Lara to find peace. The mother figure is removed from the narrative entirely. In his post-screening interview at LFF, Dhont explained that this was part of his own mission to reduce the notion of toxic masculinity prevalent within LGBTQ films, in which the main antagonistic force that the queer character must battle is a straight male figure’s rigid intolerance. For Dhont, making the father and brother figures the film’s most accepting characters ensures that viewers do not paint such a topic in black and white. So, too, does Dhont’s conscious decision not to entirely victimize his protagonist; Girl is not a coming-of-age piece that reduces the young central figure to an emotionally immature teenager on a journey to adult liberation. Instead, it explores how Lara’s determination influences those around her for the better. The implied emotional turbulence of her past has elevated her maturity to an inspirational level, as we can see from Milo’s intimate gleams of admiration every time he is entertained by his big sister.

Girl truly is a film of intimacy, with emotional eruption a constant threat. Over five hundred actors auditioned for the role of Lara, and it is no surprise that Dhont’s extensive search for an actor with powerful emotional control and a masterful dancing technique was fruitful in its results. Sidi Larbi Cherkaoui’s emotionally-charged choreography and Valentin Hadjadj’s sweeping orchestral soundtrack intensely accentuate Lara’s exasperation throughout. The film’s success lies in its simplicity and balance, placing side-by-side gripping dance sequences with moments of harsh, gritty realism. Dhont’s stunning directorial debut is an example of how beauty prevails among discomfort and pain.

Girl won the Sutherland Trophy at the 2018 BFI London Film Festival, and will receive its general release in the UK on March 15th, 2019. In the meantime, check out its trailer below: