Maria Düster evaluates the library heist drama and its representation of female characters.

The first thing Bart Layton – the young, British director of American Animals – tells the audience before we watch his new release is that there has been some confusion regarding if the people we see in the movie are real. Yes, he clarifies: if it says they are the real person, they are.

The film opens in Fall 2003, when Spencer Reinhard (Barry Keoghan) begins his first semester at the University of Transylvania in Lexington, Kentucky. As the first few weeks go by, Spencer becomes increasingly disappointed in this new chapter of his life, expecting exciting change and growth but experiencing none. During one of his orientation tours at the university’s library, he is shown the rare books room, where the original works of John James Audubon and Charles Darwin are on display. We are told that the books are priceless, and Spencer, staring at the image of a pink bird, cannot take his eyes off of it. Not long after, Spencer meets up with his high school friend Warren (Evan Peters), who attends another university in the same town. Warren is antithetical to Spencer in personality – where Spencer is quiet and reserved, Warren is loud and obnoxious. Warren is a show-off, always wired, constantly high on some type of drug. The two bemoan their circumstances, Spencer telling Warren he always feels like he’s waiting for something to happen. Then, Spencer mentions the books. After astonishingly short deliberation, fueled by the stupidity and confidence that belongs singularly to young white men, they decide to steal the treasured works. From that moment on, the plot takes off. Warren and Spencer begin to plan their heist, quickly developing a plan. They eventually enlist the help of two other friends – Eric (Jared Abrahamson) and Chas (Blake Jenner) – and set a date. 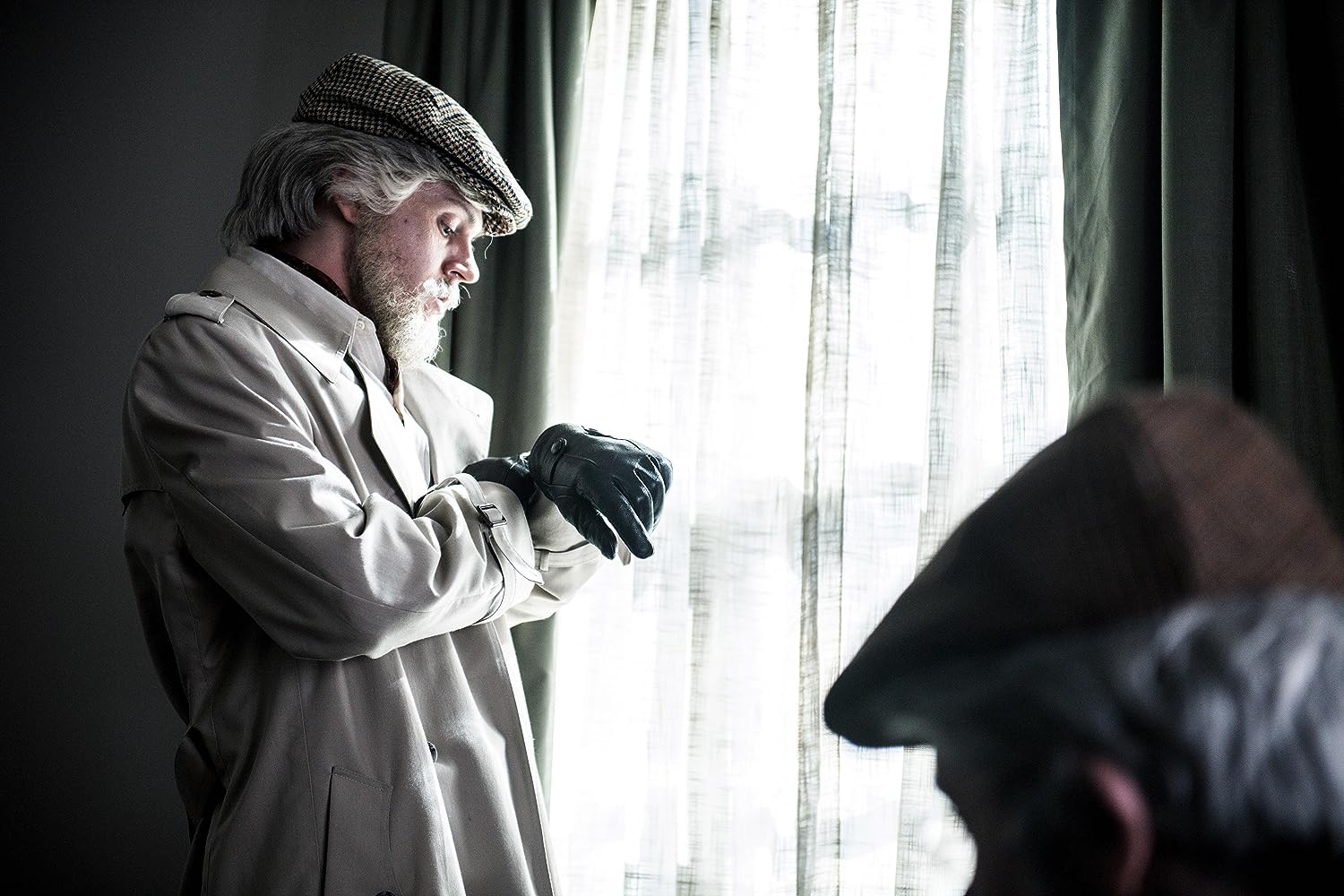 From the very beginning, we are made to not trust any of the players in the game. Layton intersperses the fictional with the real, cutting to interviews taken sometime in 2017, where the real Spencer, Warren, Eric, and Chas are seated in front of a camera. Names, appearances, and sequences of events don’t line up; the interviews seem so well constructed that it blurs the line between who’s telling the truth and who isn’t (and why the director felt the need to clarify it was actually them). This is obviously what Layton meant to do: challenge the idea of truth, the fine line between fact and fiction, in storytelling. In an age where lies are frequently contested and “fake news” abounds, the choices are unmistakably political. Layton mashes together a narrative film with a documentary, competing for our faith, yet focuses too much on the meaning of it all rather than the effectiveness.

Despite this, the film is entertaining. It’s well-constructed, following a simple formula, and led by an incredible performance from Evan Peters (an underrated actor who desperately needs to graduate from Ryan Murphy projects and solidify himself as the movie star he is). The soundtrack and score match the pace of the movie perfectly, the bass literally syncing with my heartbeat during a particularly tense sequence. In the beginning, the film is shot on a handheld, mirroring the naivety and the messiness of the young boys. However, as the film progresses and the boys gain knowledge and hone their skills, we start seeing the use of tracking shots and steadicams, with shots becoming cleaner, sharpener, and more exciting. The camerawork literally creates the movie that the boys see themselves as actors in; living out a fantasy where they control the narrative and do something with their lives. While the characters are not incredibly sympathetic, we are set up to root for them, even against our better judgment. In the Q&A after, Layton mentions that he’s interested in this aspect: making the audience care even when they know they shouldn’t. With his empathetic script and concise direction, he succeeds.

There is a scene I keep coming back to: when the boys are committing the robbery, they tie up a female librarian who guards the books. She is plump, middle-aged, and framed as having no sexual appeal to young men. Throughout the entire film, as the boys are planning the crime, they all hesitate at the idea of “neutralising” the librarian. In one scene, the four fight over who will do the deed, with Warren eventually agreeing. When the heist occurs, they use zip ties around her arms and legs and cover her mouth with duct tape to silence the screams and whimpers (this is not what bothered me – a minor female character bound and gagged is common image in cinema). The next shot shows the woman’s backside on the ground. We see a wet stain under her butt, signifying that she has peed herself in terror. The camera lingers on the stain, as Warren undoubtedly sees it himself.

I was immediately humiliated. Violation washed over me, not only for the librarian (who is the only female character in the entire film) but for all women. It reminded me of watching Darren Aronofsky’s mother! and the helplessness and anger I felt, and I ask myself, why? Why did Layton choose to include that shot? Was he merely providing a commentary on the fact that when animals, a heavy theme throughout the movie, get scared, they pee themselves? Is he trying to provide commentary on violence against women? When discussing the film afterwards, Layton revealed that he personally received the blessing of BJ (the real librarian), without which he would’ve never gone ahead with making the film. This comment annoyed me: it seemed to suggest that because one woman supposedly consented (though we have further details about what she consented to), it justifies continuing to humiliate women on screen. Perhaps this was his point: these young dumb white boys neither care about women nor think about the impact of their actions. But I suppose I’m sick of seeing women hurt, violated, and humiliated on screen, just for the sake of exploring the moral dilemmas of young white men. I know that the average man doesn’t think twice about the pain that sexism and the patriarchy inflict on women – I don’t need a film to remind me. Layton isn’t a raging misogynist – he’s just a man. But his comments seem to suggest this: female pain is justified because these white boys are sad. The film cannot escape this criticism because it is this same white male dejectedness that fuels the entire story and the reason for the crime committed. Their self-pity is meant to garner sympathy from the audience and allow us to forgive them for their actions because they are lost. The scene leaves me with a bitter taste in my mouth I can’t shake, no matter how entertaining the heist may be.

After the film ends, Layton returns to the stage and answers questions. An audience member asks about the real men who committed the heist, all of whom served prison time for their crimes. The director mentions that they’ve “gotten a lot of flack” in and out of prison because they are “white privileged men.” Layton is obviously annoyed by this and adds, “but they’re human too.” With this, he completely misses the point. The issue with American Animals isn’t that the characters are thought of inhuman or undeserving of redemption – it’s that this film once again prioritises the narratives of privileged white men with no desire to examine the dangerous implications of doing so.

American Animals opens in the United Kingdom on September 7th. Check out its trailer below: