It is 2018 and I am sitting in a cinema, waiting to watch a film shot on an iPhone. For someone who has not watched Sean Baker’s Tangerine (2015), arguably the first notable film to be shot on an iPhone, this is a very exciting viewing experience.

The film quickly establishes Sawyer (Claire Foy) as a no-nonsense character with a low tolerance for bullshit, which helps the audience process and understand what she goes through and her consequent reactions, while the overall delirium and paranoia of Sawyer and her situation is beautifully and brilliantly captured by Thomas Newman’s amazing soundtrack. Foy’s performance is good for the most part, but her accent dwindles in a few scenes, and it was strange to see an actress famous for playing the queen play a midwestern American working girl trapped in a psychiatric institution. Matt Damon also continues his streak of outlandish surprise cameos in what is easily the funniest scene in the film (albeit without any tough competition).

Frankly, for the first 10 minutes, the iPhone factor acted as an obstruction between the narrative and I. I was too preoccupied with noticing the aesthetic implications of the film being shot on a phone, and its inadequacies stood out more. The biggest perhaps is it’s poor dynamic range, which resulted in blown-out highlights – for example, every window in the film during day scenes were bright white with no detail. This is also obvious with later sequences in the film where Soderbergh depicts a forest at night – the lack of an iPhone’s ability to shoot in low light resulted in Peter Andrews (Soderbergh’s pseudonym as cinematographer) turning the colour temperature colder, tinting the images on screen with an overall blue hue (although this could just be an artistic choice). In addition, the iPhone’s lens is fixed, translating to limited focal lengths. This gives the film the illusion of being shot entirely with wide lenses, everything distorted and sometimes fish-eyed. Personally, this was not a problem, and Soderbergh’s freedom to get unconventional coverage of scenes was interesting to watch at the very least. Another plus side was that the iPhone also allowed Soderbergh to put the camera in places and tight spots where a full sized film camera wouldn’t go. Case in point is a scene where the camera is inside the trunk of a car with Sawyer. 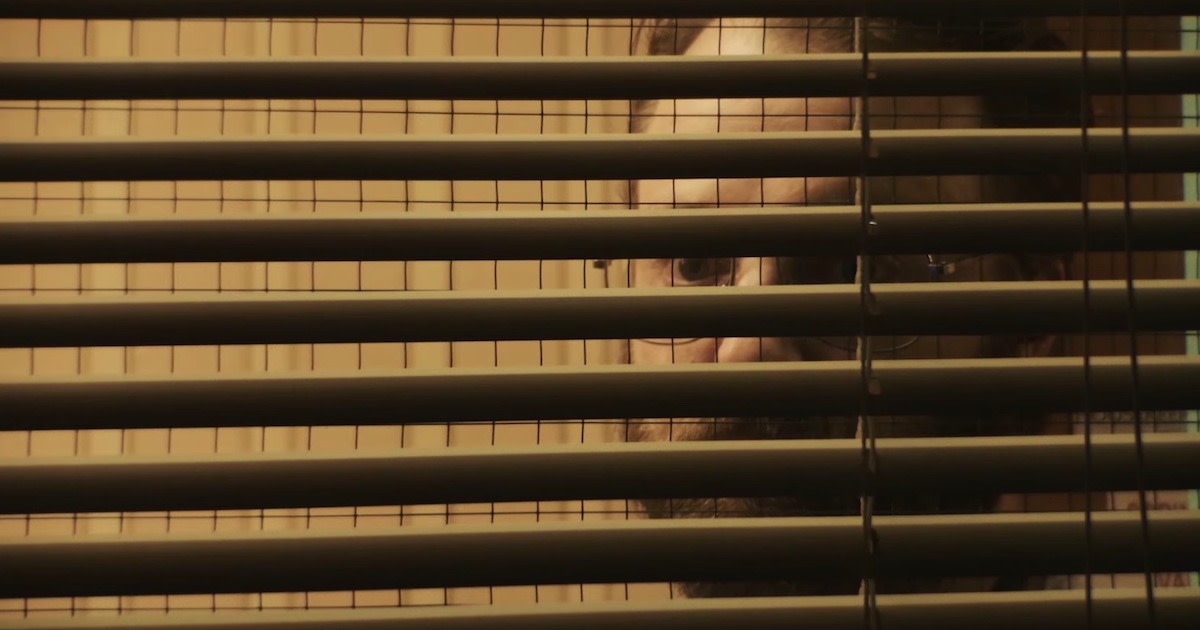 Apart from the obvious and generic psychological thriller themes in the film, Unsane half-heartedly tries to provide some sort of cynical commentary on how the medical industry has a darker, overly capitalist side that exploits patients to fill beds and scam them out of their insurance money. How much truth there is here is unsure, but it’s unsettling nevertheless. Nathan (Jay Pharoah) informs Sawyer of this scam and in turn explains to the audience why exactly she’s been frustratingly kept in the hospital against her will, also tells her to keep her head down so that her ‘observation period’ is not increased, or worse, get punished with solitary confinement. He repeats this to Sawyer multiple times, however only provokes her reactionary side, and she lashes out every time someone says anything slightly aggravating to her. It becomes frustrating – you’d think that considering the situation, she might control herself and play smart to get out sooner, but she doesn’t and it feels a bit convenient device to drive to the plot forward.

Up until the last act, the film remained a psychological thriller and did not prepare me for a sharp tonal change. Unsane suddenly becomes a slasher horror, and we are given a brutal, gory climax sequence. The very last scene, however, was executed as if it was out of a student film. Soderbergh deserves credit for how he subverts audience expectations and how he plays on psychological thriller tropes such as the ‘it’s all in the head of the protagonist’. Unfortunately, my praise would stop there, as although there are no glaring issues with it, there is also absolutely nothing special, and most of the things it attempts have been done by much better films in much better ways.

Unsane is out now in UK cinemas. Check out the trailer below: