Bloody explosions, the n-word, swearing, unlimited violence, feet-worshipping…that’s what everyone expected when Quentin Tarantino’s 9th film made its premiere at the 2019 Cannes Film Festival. And yet, while maintaining his notorious visual and narrative style, Tarantino still manages to surprise – but is it for better or for worse?

What strikes viewers the most while watching is the time they wait. The film is almost three hours of waiting, during which the narrative repeatedly tiptoes around any real action before trailing away. Once Upon A Time… in Hollywood tells the story of Rick Dalton (Leonardo DiCaprio), a star actor in decline who is struggling to renew himself in his roles as a virile hero, and Cliff Booth (Brad Pitt), his stunt double/driver/bodyguard/only friend. Rick and Cliff belong to a part of Hollywood that is dying out; Rick is being offered opportunities to fly to Italy to star in Spaghetti Westerns, while Cliff grows tired of being a stunt double. These two macho members of the John Wayne and Robert Redford generation no longer recognize themselves in the new era of cinema represented by Sharon Tate (Margot Robbie) and Roman Polanski, who just moved in next to Rick on Cielo Drive and by whom Rick dreams of being noticed. It is within this generational clash that the backdrop of Los Angeles in the summer of 1969 is shaped, in which the hippies of the Manson Family, who settled at Spahn Ranch, threaten the rest of the characters.

However, the film actively rewrites history, justifying the title “Once Upon a Time” (which also pays tribute to Sergio Leone’s 1984 Once Upon a Time in America). Every shot is bathed in a strange atmosphere, a waking dream: viewers follow Sharon Tate as she watches her own film in a theatre with a happy look on her face; they discover an egotistical Bruce Lee who faces a calm and confident Cliff Booth in a scene which is very funny, but may not please the fans of the martial artist; and they witness an explosive finale that offers the spectator a breathtaking fifteen minutes in the purest Tarantino style one could imagine.

References to his previous films are constant; in one scene, Rick does an ad for Red Apple Cigarettes, a brand that can also be seen in Pulp Fiction or the first Kill Bill. Once Upon a Time’s basis in real-life events continyes Tarantino’s track record of historical fiction, seen in others films such as  Inglourious Basterds or Django Unchained. The film also fuels rumors of the director’s apparent foot fetish: the way the camera languorously focuses on the toes of Pussycat (Margaret Qualley), one of the young hippies who tries to lure Cliff to their ranch, reflects Tarantino’s passion for women’s feet, already shown with Beatrix Kiddo and Jackie Brown. 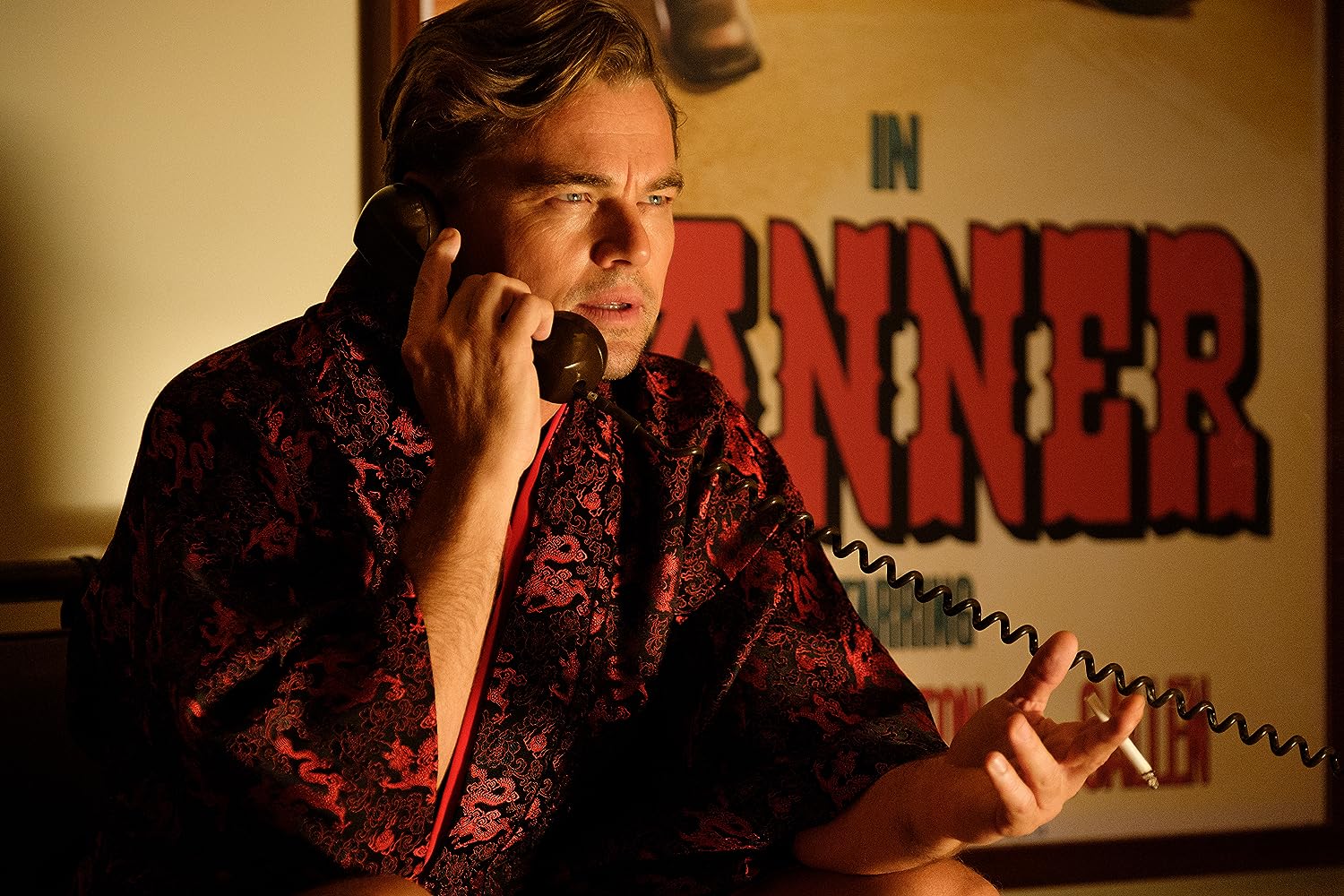 But perhaps the most complex part of this Tarantino take on a buddy movie is how Cliff reflects in reality what Rick embodies on screen. Rick Dalton has played emotionless cops, firemen, and bounty killers, yet cries as soon as he feels like he’s become a “has-been.” The increasing presence of hippies in Rick’s Los Angeles only reinforce his sense of belonging to the past. Cliff doesn’t need to pretend to be the manly-man of Rick’s movies. He knows how to fight and doesn’t hesitate to do so, and becomes to Rick – as the voiceover explains – “a buddy who is a little more than a brother, and a little less than a wife.” Cliff is a caricature of the masculine ideal of Hollywood’s golden age movies, and he becomes almost inhuman, unreal, just like the characters Rick plays on the screen. 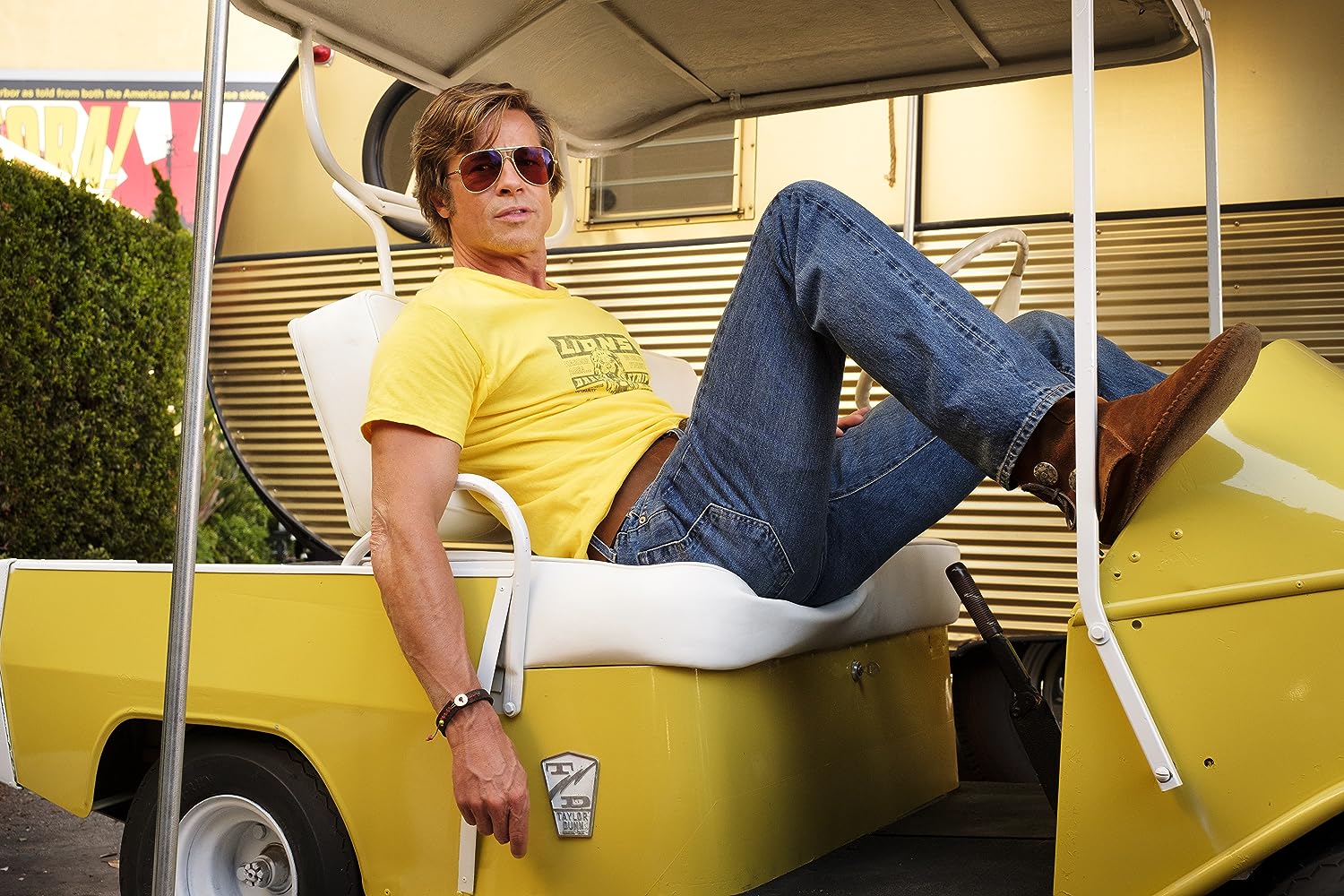 So is this film a real success? It’s a good movie, but maybe not the best Tarantino. It is the most mature, perhaps, since it takes time to see the story to its finale. One may have the feeling that the elaborate sets, the masterful visuals, and the costumes overwhelm the stakes of the film’s central conflict, but the finale rewards viewers’ patience with a cataclysmic scene.

Nevertheless, one does wonder about how women are approached in the film. Violence against women is ever-present, and the final explosion makes it a little, one might say, gratuitous. That said, the main criticism against the latest Tarantino is that the director underused actress Margot Robbie, who, apart from wandering around and smiling, has little narrative purpose except to anchor Rick and Cliff’s story in a real context. Margaret Qualley lights up the screen as passionate Manson Family member Pussycat, but she tends to be hyper-sexualized, speaking only in sexual innuendos and constantly bending over in her torn shorts.

But can we blame the director for keeping some of the motifs that made the success of his previous films? With Once Upon A Time… in Hollywood, Tarantino does not deny himself his usual style; on the contrary, he takes time to develop it, to bring it to his paroxysm in order to create a mature piece of work in perfect agreement with his previous films. Additionally, Leonardo DiCaprio and Brad Pitt give incredible performances, and viewers will enjoy seeing them in the car remembering the past or at the bar trying not to lose face in front of Al Pacino. Tarantino reinvents genre, history, and dialogue with every new film. To summarize the director’s collective works, it is better to quote him directly: “I am a historian in my own mind.”

Once Upon a Time in Hollywood is still playing in select cinemas. Check out the trailer below: