In Japan, the B-movie still thrives. Cheaply (and quickly) produced films have long had a market there in a lively direct-to-DVD scene (which does not necessarily suggest low quality as in the West), and many directors of these films also work theatrically, resulting in a wide range of cinematic output. Takashi Miike is the most recognisable figure of this grouping, an incredibly prolific director whose work ranges from the low-budget exploitation Dead & Alive trilogy to a Hollywood-friendly remake of 13 Assassins. But most pertinent to Shinya Tsukamoto’s latest is his 2017 feature Blade of the Immortal, a Jidaigeki manga adaptation with an emphasis on killing, the unkillable, and gore. Killing, as the name might suggest, engages with each of these themes in its own, contrary, manner.

Most directly, the title refers to Sosuke Ikematsu’s samurai, who finds himself unable to kill, despite his great ability in the art of swordplay. This might seem a basic narrative contrivance for the film, but it has a surprising thematic depth. Killing is set deep in Japan’s Edo period, the century and a half following the Battle of Sekigahara in 1600. During this period, the Tokugawa Shogunate established a firm grip over Japan, leading to an unprecedented period of peace. For a country dominated by a military class, this left great questions over their utility and purpose. For some, such as the famous Miyamoto Musashi, this peace permitted time to master the art of swordplay in a more philosophical sense, and also permitted a development of ideas pertaining to honourable conduct amongst the warrior class. Musashi reportedly fought in six battles, but many of his admirers would have fought in none. The act of killing had become detached from the role of the warrior, and in Killing Tsukamoto evidences the impotence of a warrior class who is so unused to war. 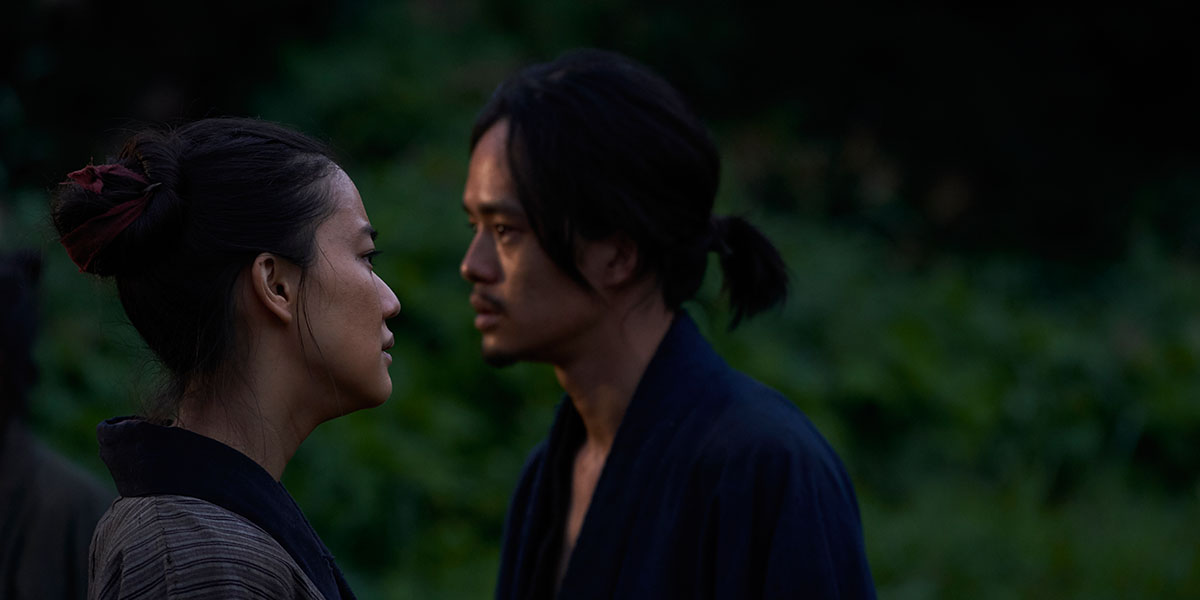 Impotence is the word for it, too. Tsukamoto parallels Ikematsu’s inability to kill with his sexual failings. He appears to be a chronic masturbator, able to simulate sex much as he can simulate combat, but incapable of the deed itself, despite a present (and seemingly willing) participant. The film’s form does not shy away from presenting this parallel bluntly: shots of Ikematsu gripping his sword phallically abound; he has a lust for death but is incapable of performing. Rarely have sex and death been paired so obscenely, though often bedfellows.

This idea is built around a narrative that constantly teases something Tsukamoto knows he will not provide. The initial setup suggests a sort of Seven Samurai type scenario, in which one samurai seeks to build a team of experts who are then trapped in a village besieged by thugs. Ikematsu confronts these neer-do-wells, but is so frightened of the idea of killing that he all but befriends them, awkwardly laughing at their jokes, promising the villagers that they aren’t so bad. When his new master suggests he set off on the road to Edo, he suddenly falls ill – a psychosomatic case no doubt. This is an intensely revisionist vision of the ronin, one emasculated in every sense.

Said revisionism feeds through into the film’s form. Its rough handheld becomes an almost indecipherable mess of cuts during fight scenes (that isn’t an entirely good thing), and otherwise makes use of ample crossfades and jerky movement. Some of this style is dictated by necessity – the day-for-night scenes do not appear to be artistically motivated – but the overwhelming aesthetic is one similar to Miike’s low-budget formal mania: equal parts questionable and absorbing, particularly a Sanjuro style blood-explosion from near the film’s end. This is met with an excellent ambient soundtrack from Chu Ishikawa (which will sadly be his last), one that grounds the often-ridiculous content with a sense of reflective seriousness. I wouldn’t say this is a particularly reflective film overall – it has far too much fun for that – but it is undeniable that there is a tonal element of that kind lurking underneath. Also undeniable is that Killing makes for a very entertaining eighty minutes, a creaky but curious film that shows far more than it says.

Killing (斬、) had its premiere at Venice Film Festival. It has yet to acquire a UK release date. Check out its trailer below: